How Much Is WooCommerce? The Real Costs of Free Ecommerce Plugins

B.J. Keeton 2 Comments Reader Disclosure Disclosure: If you purchase something after clicking links in the post, we may receive a commission. Thank you for the support! 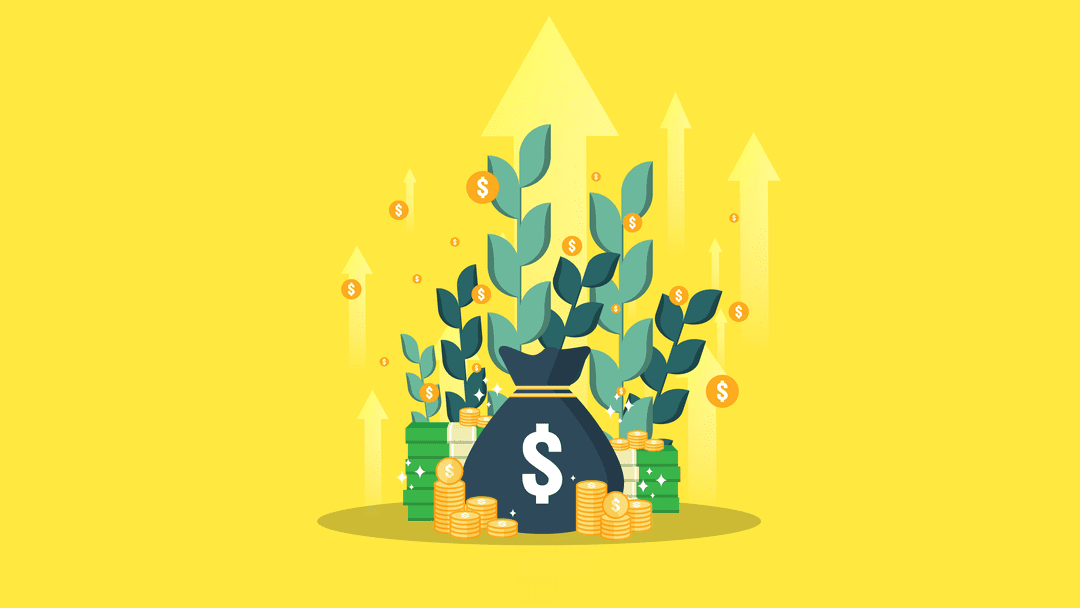 Blog / WordPress / How Much Is WooCommerce? The Real Costs of Free Ecommerce Plugins

WooCommerce is one of the most recognizable brands in the WordPress ecosystem. In fact, it’s one of the most recognizable brands in ecommerce thanks to its incredible marketing, great design, and fantastically accessible cost. Free. With that in mind, however, we want to walk you through what free actually means for a WordPress plugin, specifically WooCommerce since that’s one of its main drawing points.

Is WooCommerce Free vs Freemium?

One thing you should note when discussing WooCommerce and other plugins is whether or not they’re actually free or freemium. The idea of a free plugin is just that: it’s free, and you can use it fully for its intended purpose without spending another penny. In the case of freemium plugins, many of the intended features are locked behind a premium upgrade.

WooCommerce is most definitely a free plugin. You can run a basic ecommerce site using the plugin itself and any free addons in the WordPress repository. However, if you want more advanced functionality, those addons and extensions cost extra, and they vary depending on who the developer is, how many sites you run, and just exactly what the feature you’re adding is.

To use WooCommerce you’re going to need a web host. The cost will totally depend on where you decide to base your site, but the options are near-endless. From more shared hosting providers like SiteGround to managed WordPress hosts like Flywheel and WP Engine, the cost will vary as much as the feature set.

If budget is a concern for you, a shared host will be your cheapest option. Many hosts like SiteGround offer introductory rates around $5-7 per month that will let you know if their service is for you. 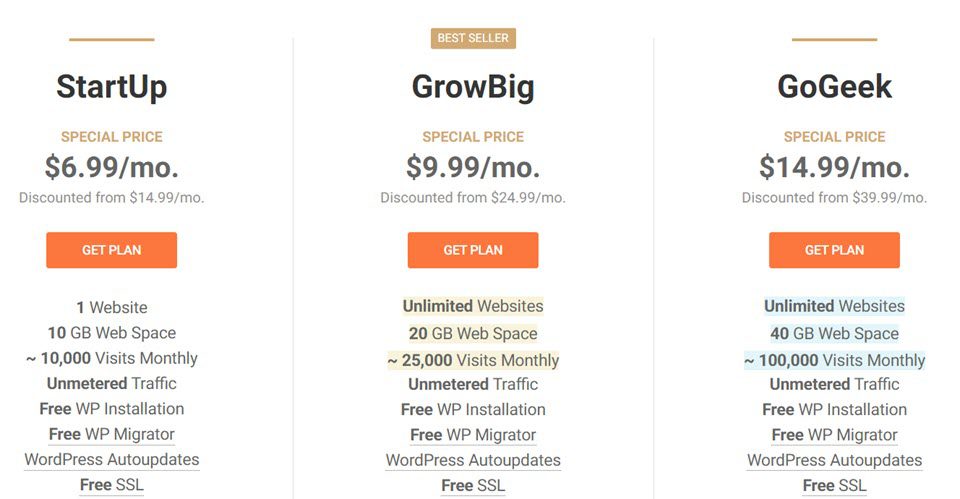 For $84 a year, SiteGround will give you what you need to start. And as you need to grow, their options are there.

Other hosts, such as Pressable, are much more expensive, but have dedicated architecture and support for WooCommerce. These plans start at $45 a month ($37.50 if billed annually).

So hosting could go anywhere from ~$80 per year to ~$500 depending on your host. In general, though, most websites will fall somewhere in between those, likely between $125-$200 per year.

Here’s where things get sticky. WordPress themes are everywhere. The default themes such as Twenty-Twenty are pretty good baseline themes, and you can run a successful WooCommerce store using it as a base. However, it’s not optimized for that like many premium themes are, so most people opt to pay rather than stick with the free ones.

We are obviously fans of Divi (and its slew of WooCommerce-specific modules). For $249, you get lifetime access to the theme, our plugins, and any updates we provide on unlimited sites. For a theme, that works out to be pretty cheap over the life of even a single site.

That said, however, you may choose to go with another theme from a marketplace such as ThemeForest. At the time of this writing, there are 1,279 WooCommerce-specific themes listed.

Pricing on ThemeForest and similar marketplaces vary, and you might find the right theme for $2 as a one-time cost or a $49.99 annual license. It varies based on the developer.

A good rule-of-thumb is to think that an annual license of a premium WordPress theme is going to run you ~$100 per year. Even if it’s not Divi, a general price for lifetime licenses is about $200-250.

If you add in custom development and design for your theme, you’re probably looking at a minimum of $1000 for the project, and that’s on the low-end for developers who specialize in WooCommerce.

Depending on the kind of store that you run, you may want to install some additional extensions for WooCommerce. There are lots of these on the WordPress plugin repository, and even more through the WooCommerce site itself. As well as third-party developers like Yith.

Because of the variety of extensions, the cost will vary, but here are some of the more common ones you may eventually choose.

By default, WooCommerce allows you to accept PayPal payments. The marketplace also features many other free extensions such as Stripe, Square, and AmazonPay. If you want specialized ones such as Authorize.net, that will be an additional fee. Usually $49.00 to $99.00.

Especially around the holidays, people love to buy gift cards. And with WooCommerce, they’re really easy to set up. However, to get the full-featured ones, you may need to pay $129 for something like Yith Gift Cards. We have some other options in our guide to WooCommerce gift cards.

You could even set it up as a Pay What You Want product using the Name Your Price plugin for $49.00.

A great way to enhance your store and retain users is by offering a Wishlist feature. Yith has a great one that costs $94.99

Regarding security, you can definitely get by with a free plugin like WordFence or Sucuri. That is more than enough for many stores out there. However, if you need a wider range of security protocols and monitoring, Sucuri starts at $199 annually and WordFence at $99. For many stores, these aren’t day-one purchases, but are certainly something to keep in mind for the future.

Regarding communication, WooCommerce comes with basic communication with your customers, such as sending confirmations of their orders. That is absolutely free.

However, if you want to go beyond that, and maybe add them to a mailing list through Mailchimp or Aweber, you’ll need a plugin for that. Additional communication features like abandoned cart emails, reminder and follow-up emails, and wish list reminders are going to be premium costs. Again, generally between $49 and $99.

And finally, you want people to be able to find your store. If you’re going to rely on organic traffic that comes through Google, so you’re going to need an SEO plugin to make sure that your content is optimized to the fullest. Yoast is the biggest name in the game, and the free version of the plugin is fantastic. If you want or need more insights, it’s just $89 for the upgrade.

Additionally, some people decide to hire an SEO consultant to perform an audit of their site and help them rank, that will also cost a lot. You can expect professional rates anywhere from $50 per hour to $200+ depending on the professional and location.

So…How Much Is WooCommerce?

When adding up the cost for what you need to run a WooCommerce store, it bottoms out around $100. That’s for annual hosting and a domain name. You can get by with free payment gateways, security, and SEO plugins just fine. But around a hundred bucks is the lowest you’re going to find.

Once you start looking at the cost of a full-featured WooCommerce store, with all the bells and whistles, you’re looking at a $1,200 to $1,500 investment for the first year. Many plugin and theme licenses you buy might be one-time payments, so you can look at that dropping into the $500 to $750 range after that, annually, maybe less as you tweak your features.

How Does That Compare to Shopify?

Many people consider Shopify and WooCommerce to be competitors. And in some ways they are. But Shopify is its own platform that caters to a totally different user base than WooCommerce. However, if you’re looking at Shopify with its all-in-one pricing tiers, the lowest you can get out with is $348 per year which is comparable to WooCommerce. (If you need to use Shopify to also manage brick-and-mortar inventory, add an additional $89 per month or $1068 per year).

At their most expensive tier for incredibly large stores, the monthly cost is $299 (~$3600 annually). So, really, WooCommerce and Shopify are comparable in cost over time, with WooCommerce scaling upward with much less of an increase in pricing. Which means that WooCommerce succeeds at being the economical choice that those who were drawn in by its free price tag wanted.

What has been your experience with how much WooCommerce costs?