PNG or JPG or GIF: Choosing the Right Image File Type for your Site

Posted on March 13, 2019 by Lindsay Pietroluongo in WordPress | 25 comments

Today, the two most common image file formats are JPG and PNG. At first glance, a JPG may look exactly like that same image saved as a PNG file. Being able to choose either JPG for PNG when saving a file also makes it seem like the two are interchangeable, the same aside from the letters used in the extension.

According to W3Techs, JPG and PNG are both used more than other file formats, with PNG being used only slightly more often. 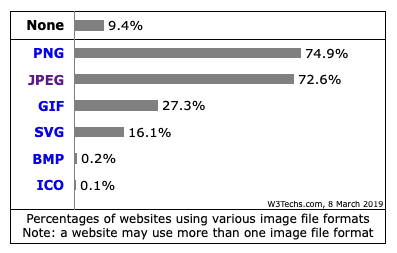 There are distinct differences between JPG and PNG files, though, and you’ll need to know which to choose when using images online. The file type can affect where it’s placed on your web page, the quality at which it’s viewed and whether or not it slows down loading times. If you want to include animation on your website or social media feeds, you’ll also want to know a little bit about GIF files and how they differ from JPG and PNG.

The purpose of compressing an image is to save space – smaller images are easier to transfer and store. Large images take up a lot of digital space and they can slow down web page loading. In general, some data is removed from an image when it’s compressed.

Images contain redundant information. Lossless compression removes that redundant data, but it also tells the computer how much of the data was redundant and how to rebuild the image. The file size is reduced to save space, but the entire file can also be reconstructed from the compressed one. I love this example from Make Use Of. It’s a purposely-simplistic representation of how lossless compression removes information without actually changing the structure: 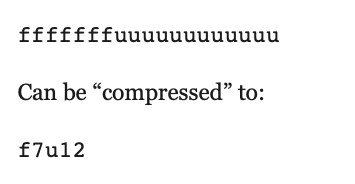 MP3 files are great examples of lossy compression. They don’t contain all of the audio that’s in the original recording; sounds that humans can’t or almost can’t hear are removed. This is similar to how lossy compression of images works. When an image is compressed, information is removed for good, not just temporarily; you cannot restore the removed data. Every single time an image is edited and/or re-saved, it loses a bit more data, which reduces the quality.

JPG (or JPEG) stands for Joint Photographic Experts Group. The file extension may be either .jpg or .jpeg. These extensions are the same thing and the files will function the same way. Early Windows versions could only process files with three letters, so JPEG was shortened to JPG. When you view a photo on a website or a social media platform, you’re most likely viewing a JPG.

Here are the features and benefits of JPGs:

The JPG algorithm finds pixels that are the same color or value and blocks them into tiles. While JPG supports millions of colors, the final image is going to have fewer colors than the original (sort of like those audio tracks). This is how the smaller image is created, but it also results in lost data that you can’t ever recover. However, JPG does account for how people view brightness, so it may maintain the brightness even when dropping color info, which produces a high-quality image.

PNG stands for Portable Network Graphic. The file extension is .png. When you view a brand’s logo on a website, you’re most likely viewing a PNG.

Here are the features and benefits of PNGs:

Saving a Photo as a PNG

While you’ll save photos as JPG files most of the time, there are cases where you’ll want to save it as a PNG:

GIF stands for Graphics Interchange Format. The file extension is .gif. When you view a short, animated video that loops, you’re most likely viewing a GIF.

Here are the features and benefits of GIFs:

To compress an image for a WordPress website, you can use software, a browser-based tool or a plugin. Some people don’t use a plugin because they don’t want the extra strain on their server or to worry about compatibility issues, or they don’t want to go through the extra step of creating backups. If you’re looking to streamline your process, though, plugins can be pretty efficient.

Here are a few things to keep in mind about using a WordPress plugin for compression:

Knowing how you’ll be using your images is the first step to determining which file type to choose. Ultimately, the goal is to use the smallest file possible while retaining as much quality as needed for the destination – an image viewed on a website will be brought up on a larger page than an image viewed on Instagram, so you’ll need the quality to be higher in order to make the imperfections less noticeable. For the photos you’d be heartbroken to lose, use a backup system for storing the originals – if you accidentally compress too much, you’ll have a way of starting over.

Need to find more images for your website? Unsplash is one of my favorite go-to places for free stock photography. Check out our article out using Unsplash images on WordPress in one click. 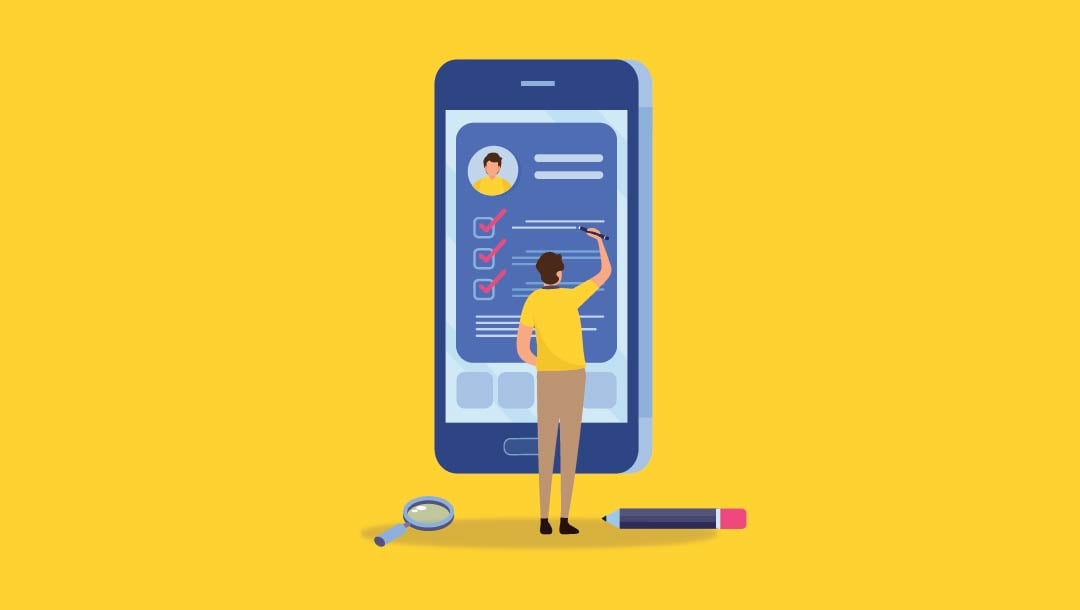 How to Test a Web Form

Posted on November 23, 2021 by Lindsay Pietroluongo in WordPress

Web forms are an integral tool for website owners who want to convert visitors into customers, members, subscribers, etc. And if you’re wondering why you’re not getting the donations, orders, registrations or signups you expected, it doesn’t necessarily mean you have an... 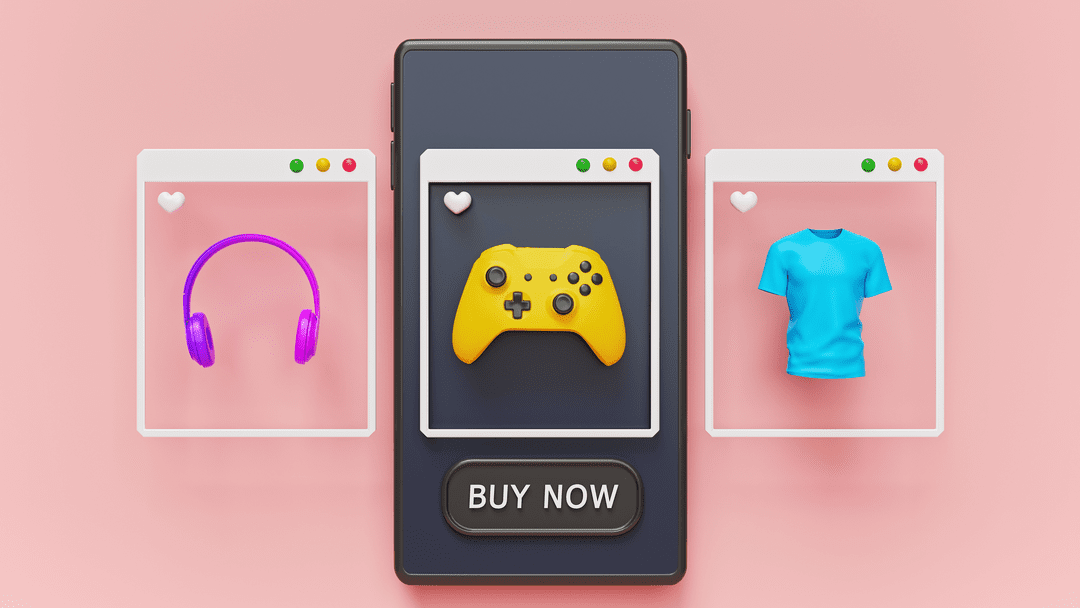 How to Use the Featured Product WooCommerce Block

Posted on November 21, 2021 by Will Morris in WordPress

Featuring a specific product in your online store can be an effective way to increase your sales. For instance, you may want to showcase your newest item on your home page, or promote it in a blog post. Fortunately, the Featured Product WooCommerce block enables you to easily highlight any product... 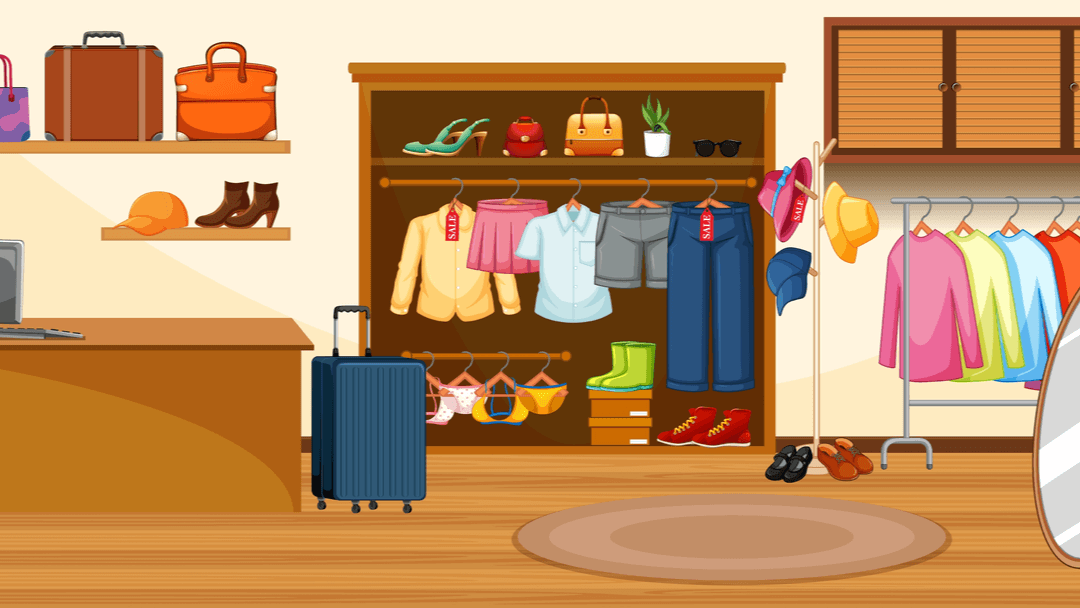 How to Use the Featured Category WooCommerce Block

Posted on November 20, 2021 by Will Morris in WordPress

In many online stores, there’s one category of products that sells better than anything else. If this is true for your e-commerce shop, the Featured Category WooCommerce block can help you introduce those top items to an even broader audience. In this article, we’ll show you how to use...