Not only do we want Divi to be a theme that allows someone to build anything, we want Divi to be a theme that allows anyone build anything. WordPress is a global platform that seeks to democratize publishing around the world, and Divi shares those aspirations. That’s why we have spent the last couple months professionally translating Divi into 32 languages. This was no easy task. Not only did we translate the front-end elements, we expanded the theme’s localization to cover the Divi builder interface, including all form fields and descriptions. Divi 2.3 is now a theme that can not only be viewed by anyone, but used by anyone as well!

Last year at WordCamp SF, Matt Mullenweg stressed the importance of language support. This was reiterated in WordPress 4.1, which made an effort to improve the language selection process both during installation and within the WordPress Dashboard. But what good is a WordPress installation that supports the languages of the world when your theme and its interface do not? Keeping this in mind, we tried to tackle as many of the most widely-used languages as we could. During this process a total of 272,384 words were translated, supporting a total of 32 languages! Here are the localizations that now come packaged with Divi:

A Theme That Anyone Can Use 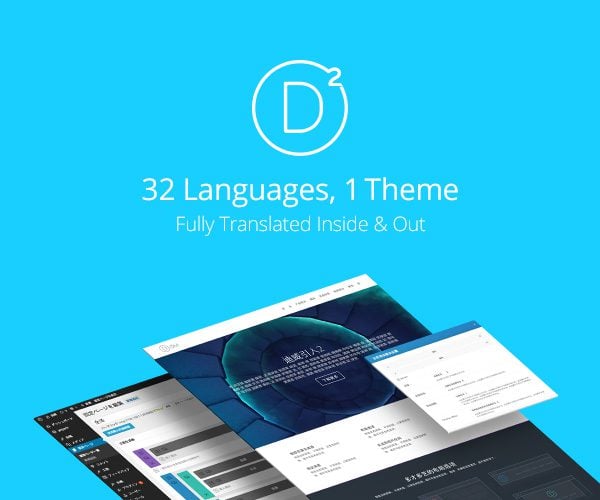 As mentioned earlier, we not only translated what your visitors see, we translated the Divi Builder interface as well. This greatly increased the breadth of the project as we expanded the scope of the theme’s localization to include everything. The builder, ePanel, and their forms, inputs, and descriptions have all been covered. 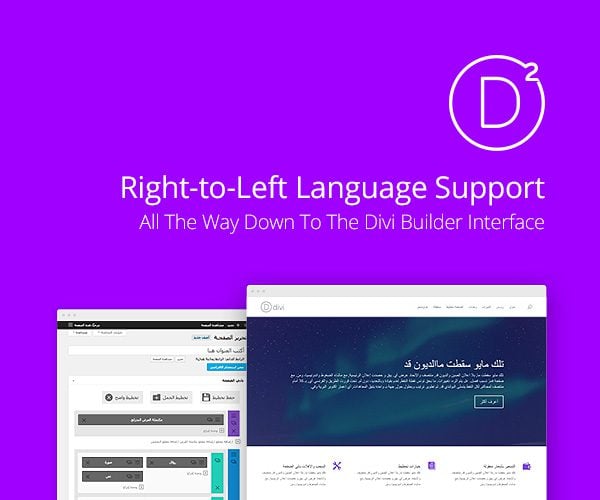 Divi is our first theme to offer RTL support. This is something customers have been asking for every day, and we are happy to finally add full support to our most popular theme. When you enable an RTL language within your WordPress Dashboard, Divi will automatically switch to RTL mode. Not only has the front-end website been adjusted, but even the Divi builder interface has been re-imagined for RTL users. 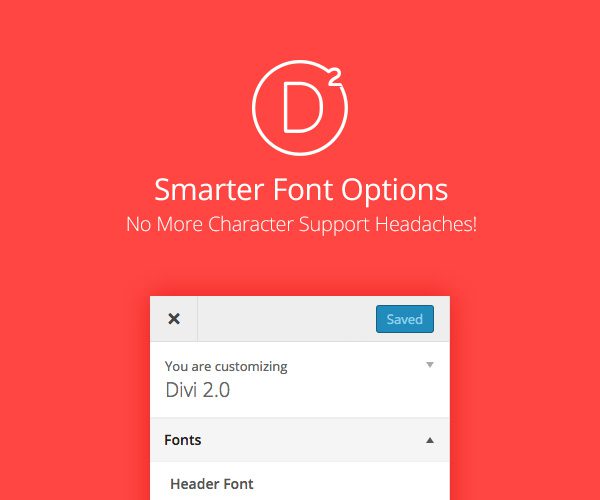 We didn’t want there to be any issues with font subset support, so we have done the hard work for you! Sifting through each Google Font, we have determined which will work with each character set. Depending on the language you select, your font will be adjusted to ensure that all characters are supported, and the fonts available in the Theme Customizer will be adjusted as well to ensure that there are no compatibility issues. In addition, we have added new fonts to the theme to make sure that all languages have a compatible font available. 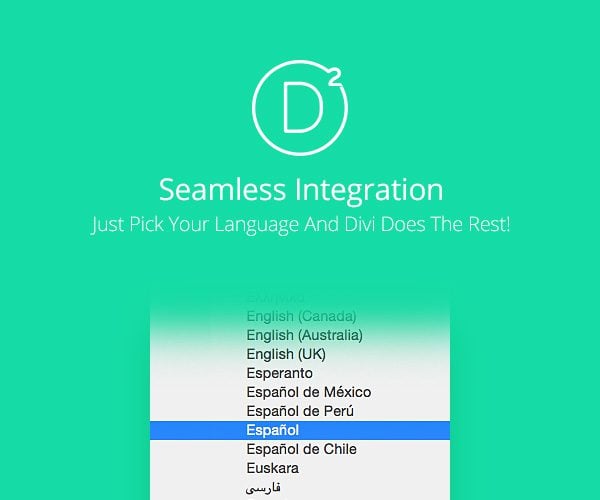 Divi will automatically adapt with your WordPress language preferences. Simply choose your language and let Divi do the rest. Whatever language your installation is running on, Divi will update its interface and front-end display to match. There is no longer a need to open up the theme’s .mo and .po files and make your own translations, nor is there a need to use third party translation plugins. Just plug and play!

We did a lot more than just language updates with Divi 2.3. As usual, our team has been hard at work listening to our customers in the support forums, and fixing bugs and integrating your suggestions. Here is a list of all the changes included in this update.

Last Fall, we released Monarch, a social sharing plugin that enables WordPress users to encourage more sharing activity on their website, and help cultivate a vibrant community around their brand. Monarch lets you choose to display over 40 social networks in 7 different integration areas that can...

Today Divi introduces two new modules for a quick and easy way to display videos on your page. The new Single Video Module and Video Slider Module come with some really great display features that allow you add stunning video content anywhere you wish. Videos can be a great addition to your site,...

As you may know, we have been working hard on our upcoming theme Extra, as well as our upcoming social sharing plugin Monarch. You will be excited to hear that we have also been dedicating a lot of time towards Divi, and we are pleased to release version 2.1 of the theme today. Divi 2.1 introduces...