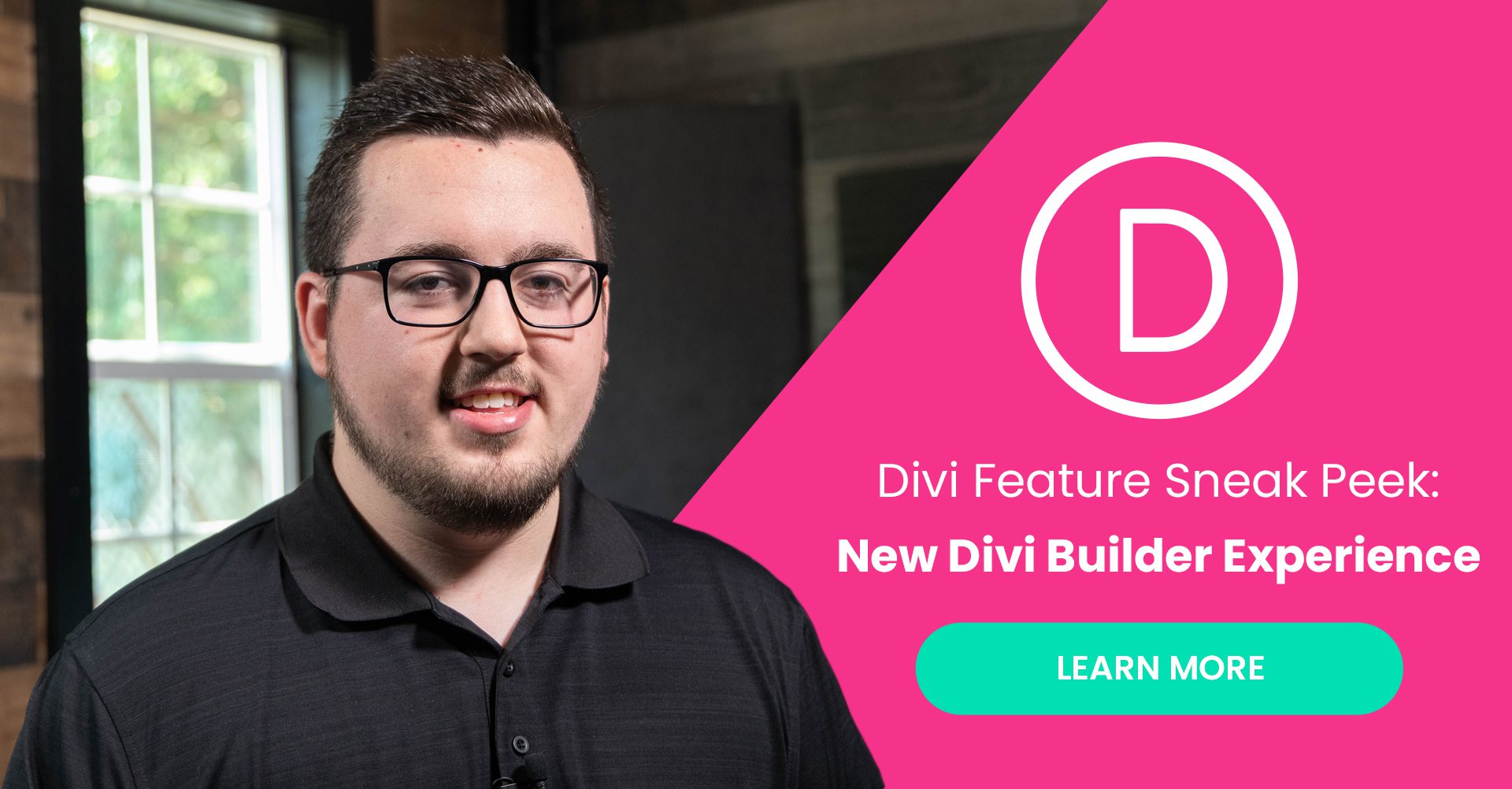 An Enhanced Divi Builder in the Backend

With this new Divi Builder update, you will have access to all the powerful features of the Visual Builder directly from the WP Admin. This will enhance the speed and productivity of design and development since you no longer have to go back and forth between builders. It’s all right there in one place.

New Settings and View Mode bars will enhance user experience and speed up the process of building beautiful websites.

You can easily access the new builder interface conveniently placed at the top of the builder. This interface includes a new view mode menu bar and an improved settings menu bar.

View Modes Bring the
Visual Builder to the Backend

Building your site with the Divi Builder on the backend can be stifled by the constant need to preview changes on a separate page. But with this update, the Divi Builder experience will be unified for even faster development. You can easily toggle through different view modes without ever having to leave the page.

Like the Visual Builder, you will have view modes for wireframe, desktop, tablet, and smartphone. You will also have access to Interaction Mode icons to customize the user experience of designing in the visual view modes. 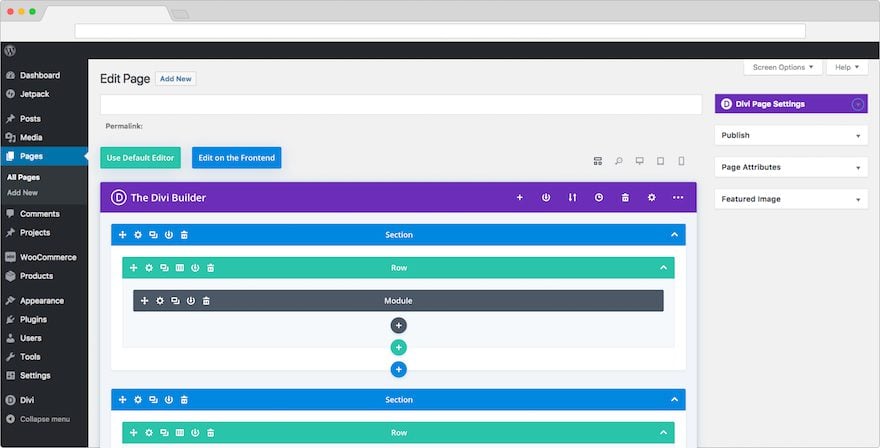 In addition to wireframe view mode, the new functionality will allow users to easily select view modes for desktop, tablet, and smartphone to view and edit your page visually just like in the Visual Builder. 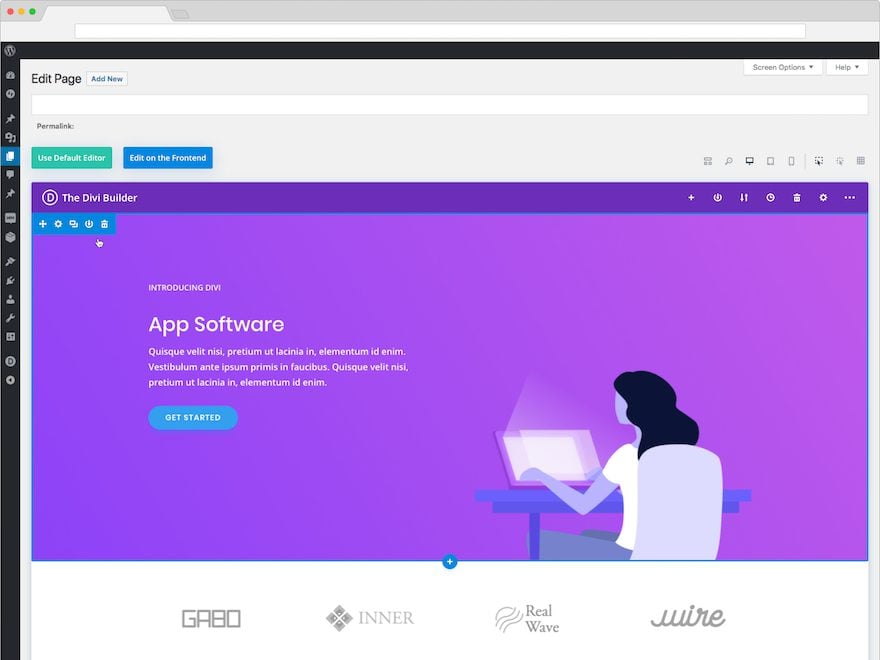 The view modes for tablet and smartphone will allow you to make those necessary adjustments to make your site look great on all devices. 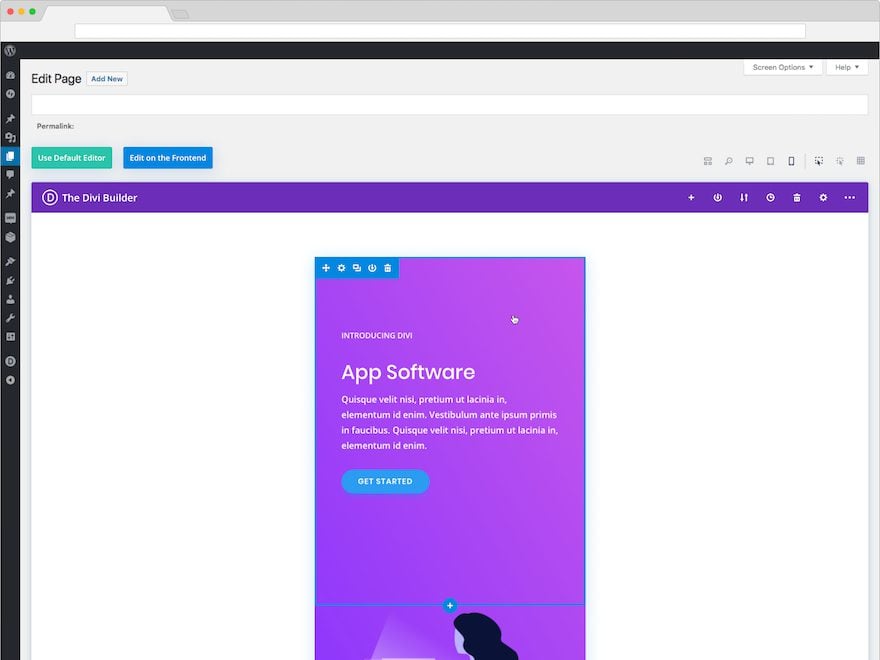 Need to see more of your page? The Zoomed out view mode will allow you to make changes to your page from a higher viewpoint. 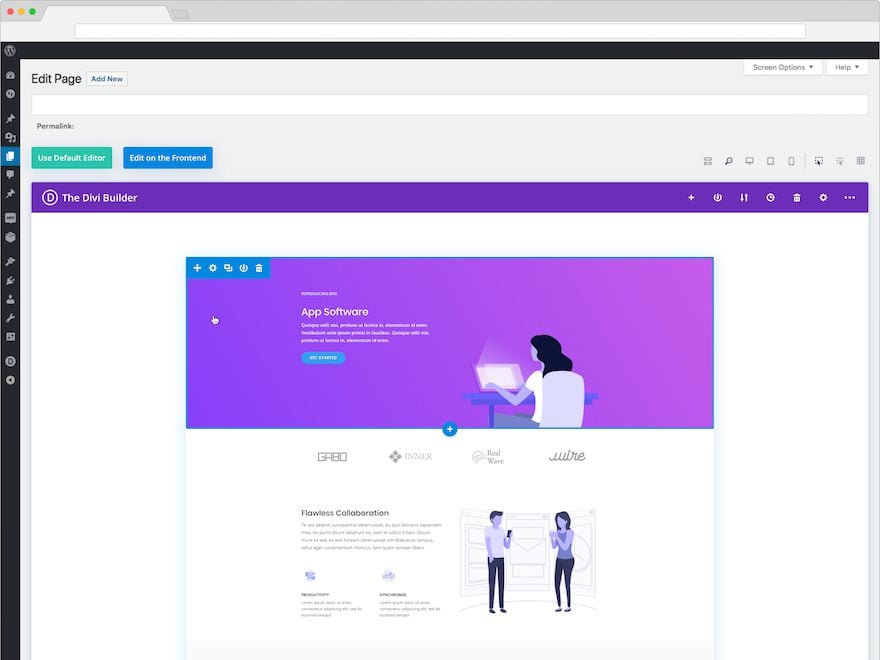 All the Features of the Visual Builder
Now in the Backend

Use the Divi Builder without missing out on all the features of the Visual Builder.

The Divi Builder on the backend has been missing out on some powerful design features currently only available in the visual builder. But now you will enjoy all the same features in the backend.

Here are just a few features that you will now be able to enjoy in the Divi Builder on the backend:

That’s all for this week’s sneak peek but don’t forget to come back next week (and every week after) for more insights into how we’re working to make Divi the absolute best way to design websites with WordPress.