It is only during the last couple of years that Facebook has gotten serious about its own video streaming. Thus, many people wonder if they should give it a chance or stay with the tried and true YouTube. The answer depends upon what you need in terms of video streaming. But there is no doubt that Facebook video is worth a look.

The web started as a largely text-based system with some limited use of images. But the first video stream on the web occurred all the way back in 1993. That was just a proof-of-concept, but by the late 1990s, there were competing streaming video applications with RealPlayer, ActiveMovie, and QuickTime. Then in 2005 came YouTube and Me at the zoo. Since then, streaming video has become only more and more critical to the web ecosystem.

According to a report by Sandvine in December 2015, over 70 percent of evening network traffic was due to audio and video streaming. The report indicated that 37 percent was due to Netflix, 18 percent from YouTube, and 3 percent from Amazon. We are living through the video age of the web.

There are two ways this change has affected content providers:

When most people think of online video, they think of YouTube. But quite recently, Facebook has become one of its many alternatives (like DailyMotion). But with the extreme reach of Facebook, it offers advantages that other alternatives do not. For example, for many businesses, Facebook pages are more popular than their dedicated webpages and blogs. So streaming video from Facebook is logical.

Thus we find many people asking whether Facebook video is worth looking into or whether it is just another “also ran.” There is no concrete answer to the first part of this question, but we do know that there is nothing “also ran” about anything Facebook-related these days.

If you just want to upload a video onto the network so that you can distribute it directly or embed it on your own website, there isn’t that much difference between Facebook and YouTube. More or less, they are both easy-to-use, drag-and-drop, interfaces.

What’s more, embedding them is almost identical. Both embed within an iframe and provide an easy interface to copy and paste the code from either service to your own website.

Facebook supports a larger number of file formats than YouTube. However, the differences are quite small. And both companies support the most common formats:

On the other hand, Facebook has a limit of two hours for uploaded videos compared to much longer times for YouTube. The limit on YouTube is a file size of 128 GB — which should come out to roughly 600 minutes or 10 hours. 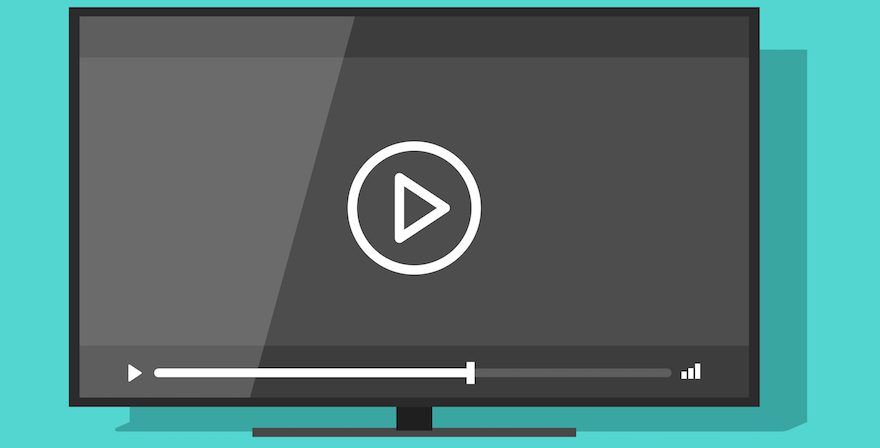 One thing to bear in mind is that Facebook doesn’t share YouTube videos as much as you would think. In fact, the difference is shocking. Facebook apparently shares native videos ten times as much! So while a YouTube video can certainly go viral on Facebook, your odds of it doing so are small.

But if you want to create a short video to go with a blog post, it’s hard to say that YouTube or Facebook is better. Given that technically, they are much the same, it is probably best to upload your videos to the website where you have the most followers or are otherwise most vested.

Then again, adding video to your YouTube and Facebook accounts will doubtless help you gain followers. So you will also want to look at the direction that you want to go with your content distribution. In general, Facebook tends to be better for integrating with your website. But your particular case might be different, and you need to consider that.

It’s really in advertising where Facebook video and YouTube are most different. For this, the main study was done by Wolfgang Digital. They did corresponding video ad buys with a 20 second video. And the results were mixed.

This may sound unfair, but YouTube videos play automatically and most Facebook videos do not. Only if autoplay is enabled do they play without clicking. But this does mean that on Facebook, a click is pretty much as good as a view. And this can have an effect on the quality of views advertisers get.

This is made up for, to some extent, by the fact that the YouTube cost per thousand impressions (CPM) was 4.4 times as much than it is for Facebook during the period of the study.

Results of the Wolfgang Study

The total viewing times were much closer: 19.9 hours for Facebook versus 17.7 hours for YouTube. But as the study participants note, these numbers are approximate. Statistically, they should probably be considered equal.

But when it came to quality views, things were reversed.

Wolfgang defined a quality view as one in which the viewer watched the entire 20 second video. And YouTube provided 7.3 hours of these kinds of views for the same cost as 4.6 hours on Facebook.

The Purpose of Your Video Advertising

So the question is what exactly you want your video advertisement to do. If you just want to remind the viewer that you are still around and worth checking out, Facebook probably provides a bigger bang for a buck.

But if you have a brand new company or promotion where you want to get engaged viewers, YouTube is a better deal. It is likely that advertisers would do well to have both kinds of advertising in any campaign.

Regardless of what you want to do with video streaming, there isn’t a huge difference between Facebook and YouTube. In one sense, that’s remarkable, given how recently Facebook took on video in a serious way.

But in another sense, it’s not surprising at all given we are talking about Facebook here. For most users, it just doesn’t matter: Facebook is a perfectly viable choice for streaming video.

If you wish to stream very long files or want to use an exotic video format, your decision might be pushed one way or the other.

It is primarily with advertising that users ought to be very careful. For one thing, that’s where you have to actually spend money.

But more than that, based on the Wolfgang Digital study, it seems that advertising with Facebook and YouTube really is different. That’s not to say that one is better than the other. Rather, it is to say that they provide different services, and the one you choose will depend upon your advertising needs.

So what do you think? Will Facebook become your go-to place to upload videos? Or will you stick with YouTube? Feel free to sound off below.