Introducing Bulk Editing And Multiselect For Divi! This Will Change The Way You Build. 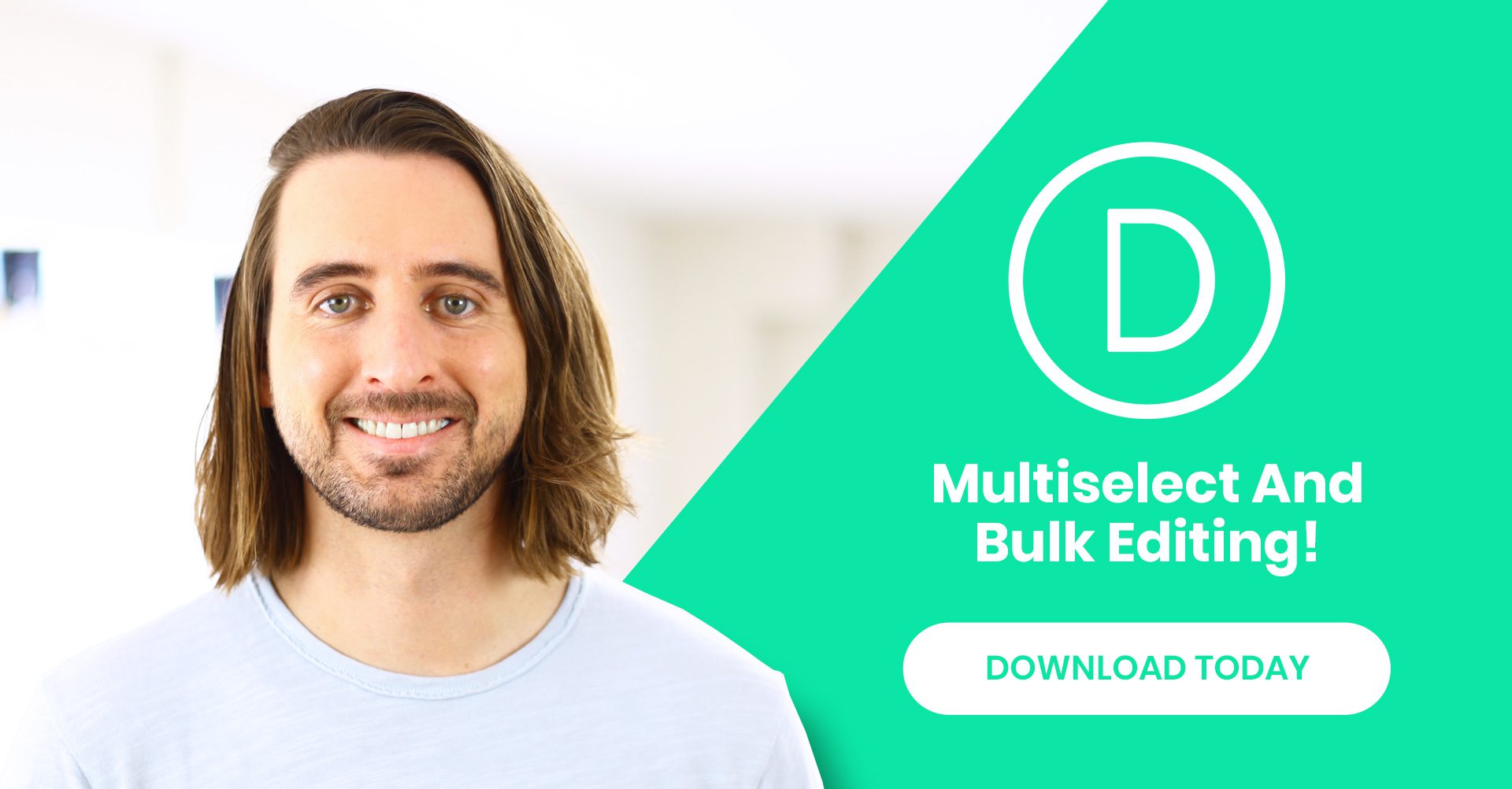 Blog / Theme Releases / Introducing Bulk Editing And Multiselect For Divi! This Will Change The Way You Build.

Multiselect And Bulk Editing Will
Change The Way You Design Pages Forever!

Multiselect provides amazing utility to Divi, allowing you the freedom to edit and design your pages even more effectively than ever before.

Today we are introducing Multiselect and Bulk Editing for Divi, an incredible new feature that gives you the power to build websites with a new found speed and efficiency. You can now select multiple items at the same time and perform bulk actions to the entire group of elements. You can drag, drop, copy, paste, delete and even edit the design and content of everything at the same time. Instead of making tedious changes to a group of elements one one by one, and over and over again, just select them all and edit everything at once. It’s really really cool.

Editing multiple elements at once will save you an enormous amount of time by removing the repetitive, tedious and costly tasks associated with designing a cohesive website.

Hold Cmd/Ctrl Or Shift To Multiselect

When you bulk edit the design of several multiselected items, they all get updated in tandem, saving you tons and tons of design time. When you open the settings modal of a collection of items, Divi will automatically display a list of shared settings. As you modify the design, all of your selected items get updated accordingly. You can even bulk edit a collection of dissimilar items. For example, you can add a box shadow to a Blurb Module, Image Module and a Section all at the same time.

Multiselect is great way to quickly copy, paste and delete multiple items at once. It’s also a great way to move a series of items to a new location, instead of having to drag and drop them one by one. You can even drag and drop modules, rows and sections at the same time, and Divi will automatically combine the items and drop them into a single location.

Holding down the Cmd or Ctrl keys is also a great way to better understand the structure of your page, and to quickly select small individual modules that might be difficult to find using Divi’s minimal building interface. When you hold down Cmd or Ctrl, you get a clear outline of all modules, rows and sections, giving you a perfect picture of your entire page and how all the individual pieces fit together.

Multiselect and Bulk Edit are available today, so download Divi and it for a spin. Let us know what you think in the comments and don’t forget to check back next week for even more great Divi features coming your way.