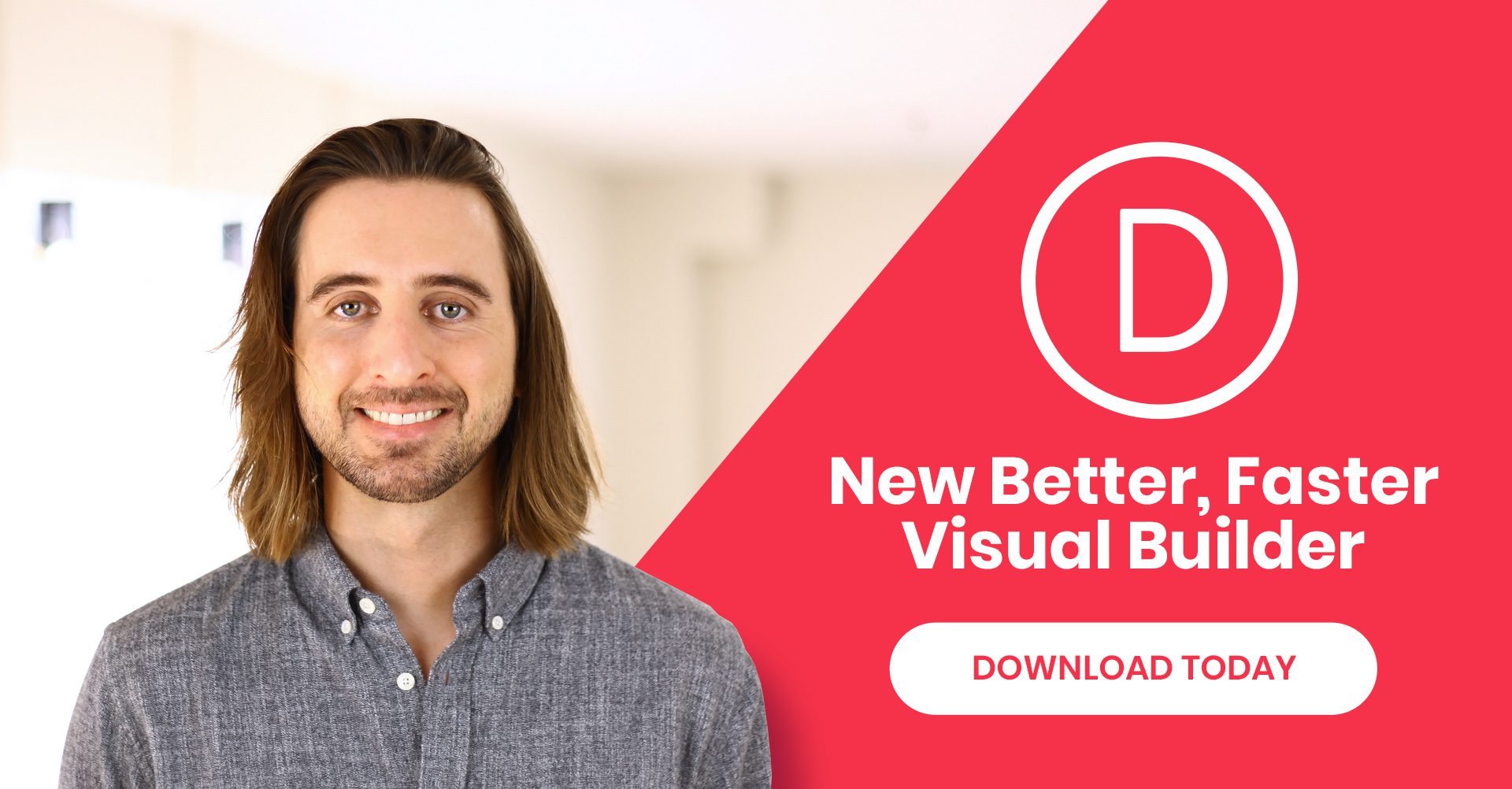 The Visual Builder Just Got A Whole Lot Faster

We want to help web designers be productive, and that means making sure that the Divi Builder is performing at the top of its class.

One of our biggest goals while building Divi has been to help web designers be productive and improve efficiency in their workflows. That means empowering you to build beautiful websites, and empowering you to build them quickly. To accomplish this we have created a tool that is both robust and easy to use, filled with all of the customization options a designer would need and presented in a way that is intuitive, but at the foundation of all those things is the speed of the application itself, and today’s update is all about making the Visual Builder faster.

Take The New Visual Builder For A Spin

The Visual Builder’s speed has been greatly improved, reducing re-render times and lessening feelings of lag when making design changes to your page.

Faster Than Ever Before

We have greatly optimized the Visual Builder to improve performance when making changes to your page. To put it simply, when you customize the design of your page, those design changes will now appear much faster than before, reducing feelings of lag or glitchiness and making the Visual editing experience a whole lot more enjoyable. Each button click feel snappy and responsive, adjusting range sliders feels smooth and graceful, and exploring the color picker is just plain lovely.

These performance improvements will be especially noticeable on older computers, which means the Visual Builder is becoming a lot more accessible to everyone. If you tried the Visual Builder in the past, but were discouraged by feelings of slowness, go ahead and update to the latest version and try again, because I think you will be surprised by just how fast and responsive the builder has become!

Divi’s Visual Builder is a front-end application built on the React Javascript library, and today we are updating that foundation to latest version, React 16. With this comes inherent performance improvements along with new tools that allow us to build an even better, and faster, piece of software. It also means that our entire tech stack can be updated, allowing us to leverage similar improvements from the community.

The better, faster Visual Builder powered by React 16 is available today, so download Divi and take it for a spin. Let us know what you think in the comments and don’t forget to check back next week for even more great Divi updates coming your way.