Take Full Control Over The Position Of Any Element

Today we are excited to introduce yet another wonderful visual design tool for the Divi Builder in the form of Position Options. Position Options give you a new level of control over the position of every element on your page, including fixed and absolute positioning options that allow you to move elements freely around the page untethered from their parent containers. You can create fixed headers and banners, dynamic images collages, fun and interesting overlapping effects, and it’s all done using a super intuitive new visual interface. You can even move elements around right on the page using new draggable anchors. It’s a lot of fun and it gives Divi designers even more ways to be creative. 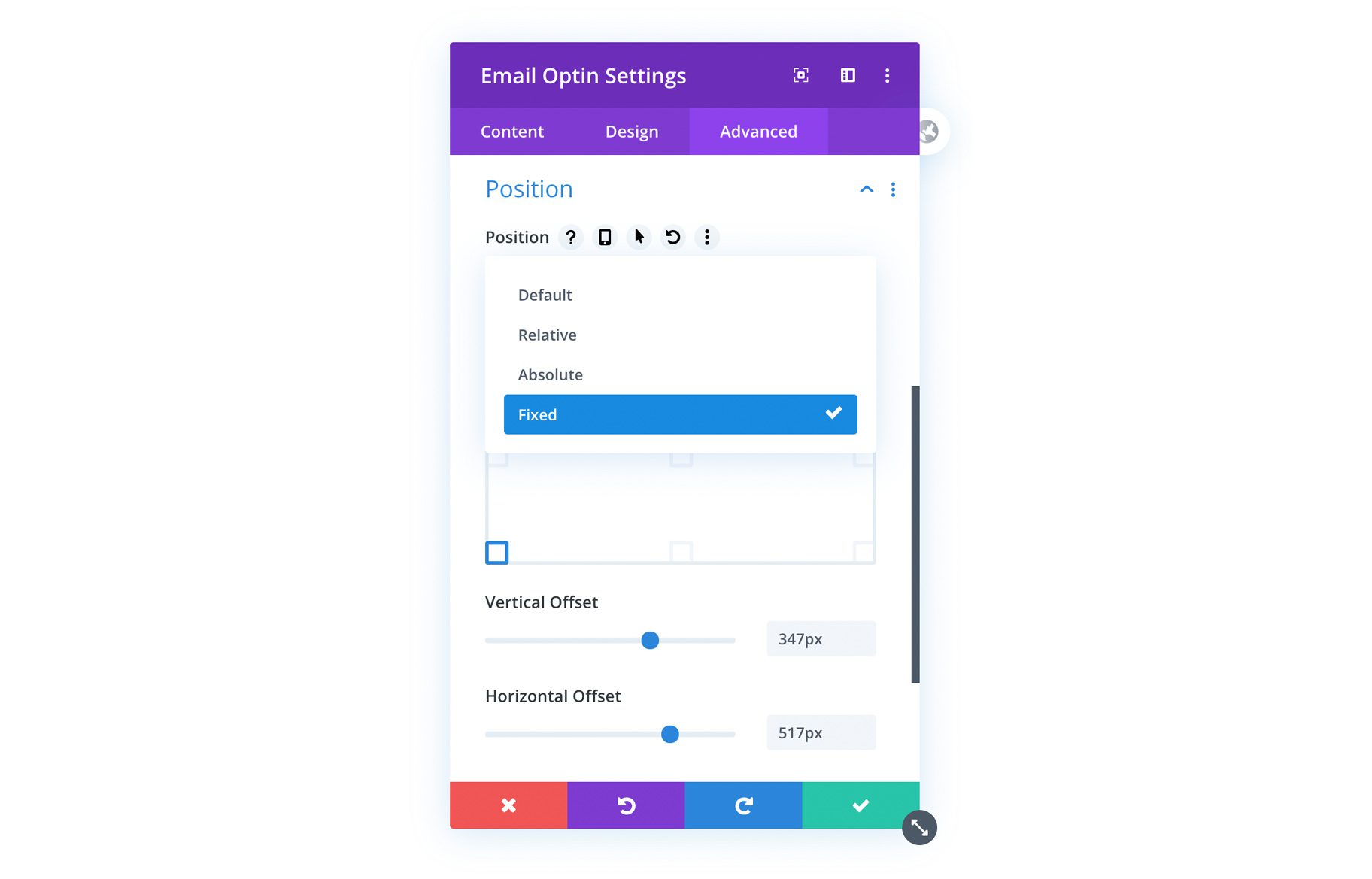 Once you select a position, you can choose a base location using our new visual location interface. Depending on which location your select, new X and Y Offset controls will become available. These allow you to further adjust your element’s location across its location axis.

Use Draggable Anchors To Reposition Elements On The Page

When you change an element’s position to Relative, Absolute or Fixed, a new draggable anchor will appear when you hover over the element. This allows you to drag modules, rows and sections right on the page to change their position. As you reposition the element, its X and Y Offset is adjusted within the module settings. As with all Divi settings, the X and Y Offset controls can be adjusted on desktop, tablet and smartphone independently, allowing you to use position options to create responsive designs.

Keep Important Elements Front And Center As You Scroll 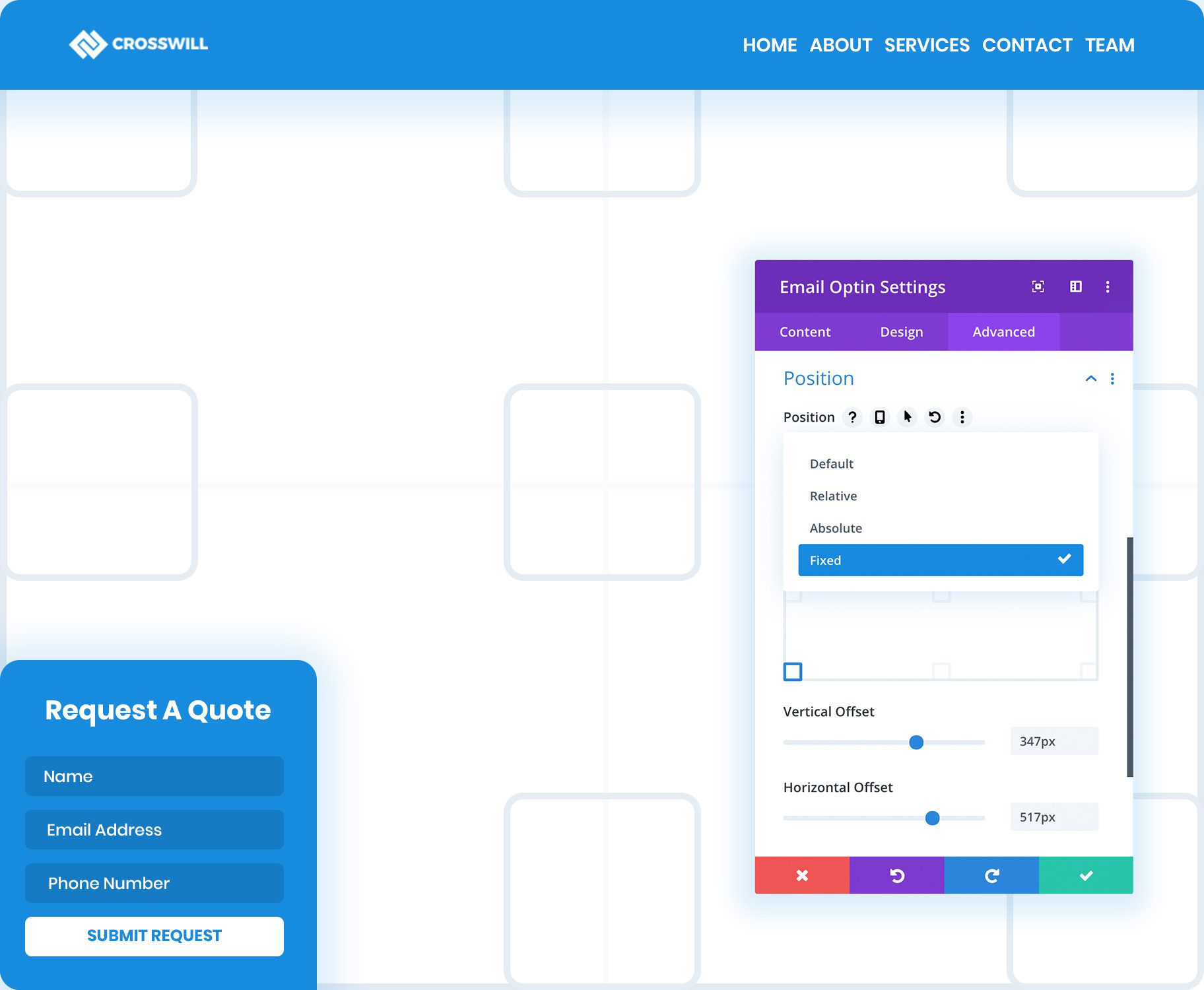 Using fixed positions allows you to create floating elements, such as fixed headers or floating banners. Fixed elements can be positioned anywhere within the browser viewport and will remain fixed to that location as you scroll down the page. You can make any element fixed and some common uses include: Fixed headers, floating opt-in forms and lead generation forms, sticky buttons, important notices and more.

One of the best uses of the new fixed position options is the creation of fixed headers in the Divi Theme Builder. You can create fixed menu modules or you can build an entirely custom header and make the whole section sticky.

Anything can utilize the new fixed position options, not just headers. You can create fixed opt-in forms, lead generation forms or floating call-to-actions. If there is something important that you want to remaining accessible for your visitors, you can fix it to their browser viewport so that it’s always a click away.

When you change an element’s position to Relative or Absolute, it allows that element to be moved around the page freely without disrupting the elements around it. You can even stack modules on top of each other to create overlapping effects and image collages.

Think Outside The Box

Join Or Upgrade Today For 10% Off!