WordPress 4.9: What You Can Expect in the Next Release

Blog / Resources / WordPress 4.9: What You Can Expect in the Next Release

Wondering what’s coming in WordPress 4.9? With all the talk of the Gutenberg Editor, it’s easy to forget that we have one more major release scheduled before Gutenberg is slated to become part of the WordPress core.

And, as is the norm, there are also a bunch of smaller, more behind-the-scenes changes.

In this post, I’ll dive into the latest WordPress 4.9 Beta 4 release and give you a hands-on look at all the new goodies.

When Is The WordPress 4.9 Release Date?

Currently, WordPress 4.9 is scheduled for release on November 14th. Of course, that can always change if something unexpected pops up. But given that they’ll have been testing for over a month at that point, I think it’s safe to say that we can expect it on November 14th–that’s tomorrow!

There are two big changes to the WordPress Customizer, as well as one smaller usability tweak.

In current versions, the only way to save the changes that you make in the WordPress Customizer is to publish them to the live version of your site. That’s fine if you want the changes to go live right away, but it’s not very user-friendly if you’re actively working on some tweaks that you don’t want to share with your visitors just quite yet.

First, when you want to save Customizer changes, you can now choose from three different options:

In that screenshot above, you can also see the second new addition – the Share Preview Link.

This new feature generates a link that you can share with others to preview the changes that you’ve made in the Customizer. The cool thing is that those people don’t need to be Admins at your site. Nor do they even need to have an account!

You can safely share a preview of the changes that you’ve made with absolutely anyone.

These two changes are a massive improvement and make the WordPress Customizer much more viable as a serious website customization tool.

Another new addition to the WordPress Customizer is the ability to install WordPress.org themes directly from the Customizer.

Now, if you click the Change button next to your active theme in the Customizer:

This one isn’t technically adding new functionality in the grand scheme of things. But it does streamline the process of going from activating a theme to customizing a theme.

Finally, WordPress 4.9 brings a rework of how you create menus from the WordPress Customizer. You’re not really getting any new features – but the team has rearranged the process to be more streamlined and user-friendly.

In case you don’t remember, here’s how the current process starts off:

And here’s what the beginning of the new process looks like in WordPress 4.9: 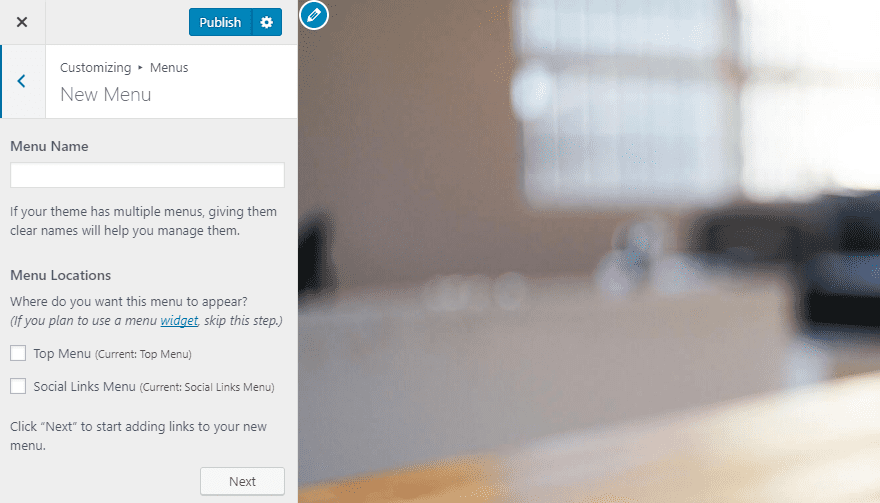 It’s not a major change, but it’s definitely a bit more user-friendly and eliminates some unnecessary button clicks.

Beyond the WordPress Customizer, the widget area also got some continued love since the addition of media widgets and visual editing in WordPress 4.8.

Say goodbye to Jetpack, because everyone will have a gallery widget in WordPress 4.9!

It functions pretty much as you’d expect – you drag it over and use the Add Images button to select images from your WordPress media library:

Just as with the core WordPress Gallery functionality, you can choose ordering, sizing, and columns:

And then you’ll have your gallery on the frontend of your site: 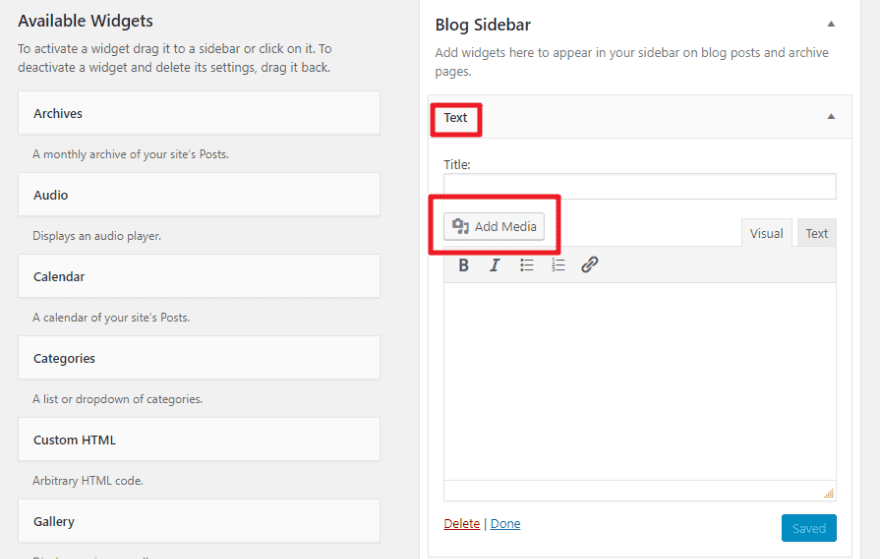 One neat thing is that you can actually use the text widget to create a gallery now thanks to the Add Media button. So the gallery widget is really just a more user-friendly version of this functionality: 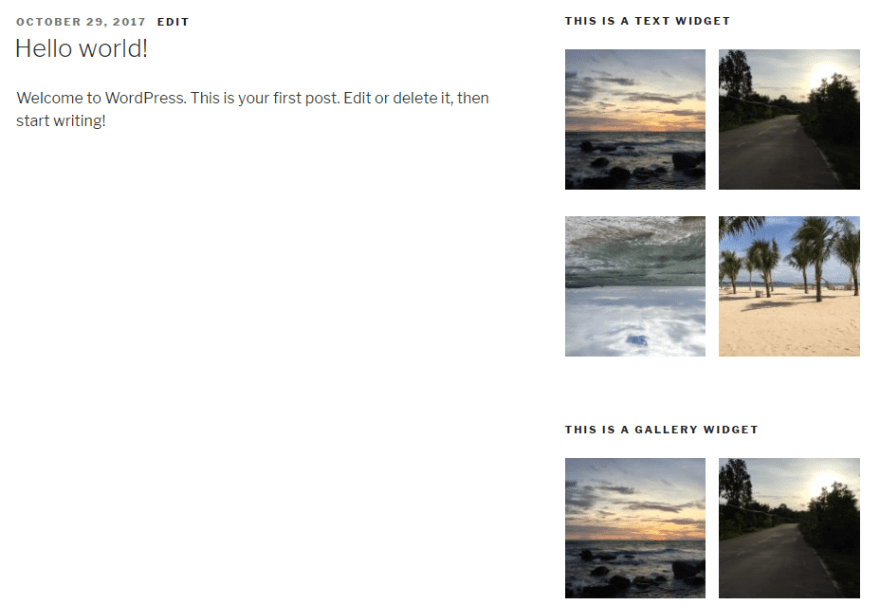 Additionally, shortcodes will now render in text widgets by default – no more need to add a filter.

The third big visible change in WordPress 4.9 is the introduction of the CodeMirror editor.

If you’re not familiar, CodeMirror is a text editor focused on editing code. It offers a number of features to make the editing experience better, notably:

Starting in WordPress 4.9, CodeMirror will be the editor for:

But before I show you the new editing experience, here’s another minor addition that I stumbled on…

If you try to directly edit your theme’s template files, WordPress now gives you a warning message: 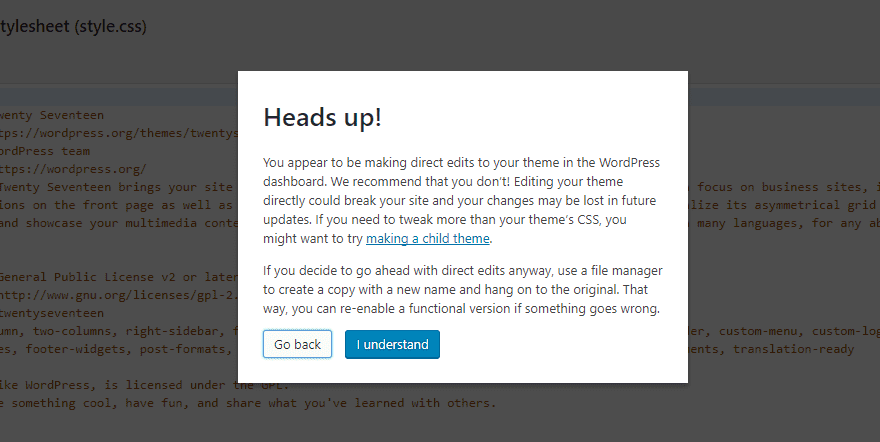 And once you confirm that, you can enjoy the new CodeMirror editing experience: 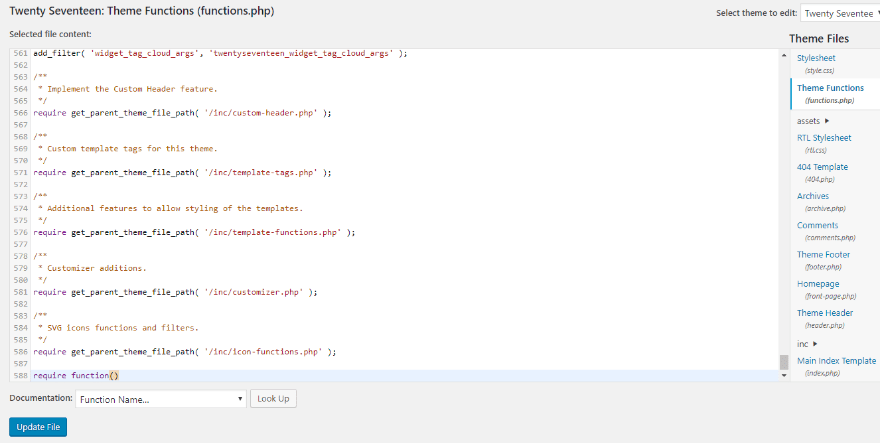 Additionally, WordPress 4.9 introduces a new API so that developers can easily integrate the CodeMirror editing experience into their own projects.

And if you’re not a fan of the syntax highlighting, you can always turn it off by going to your user profile:

Other Smaller Features Coming In WordPress 4.9

As you’d expect, WordPress 4.9 also brings a number of smaller tweaks and improvements. Some notable changes are:

You can view a list of most of the tweaks here.

What Are You Most Excited For?

And that wraps up our list of what to expect in WordPress 4.9! Beyond the bevy of smaller tweaks, WordPress 4.9 will improve:

Now we want to hear from you – which WordPress 4.9 change are you most excited for?