Blog / Customer Spotlight / How Divi Is Fueling Entrepreneurship in Portugal

This post was submitted by Kevin Mullins as part of our community themed Divi Summer Sale week. Each day of the weeklong sale we will be publishing new stories submitted by community members about how Divi has helped them build their careers and businesses.

“Work is a major instrument of God’s providence; it is how he sustains the human world.”
― Timothy J. Keller, Every Good Endeavor: Connecting Your Work to God’s Work

I have a confession to make; I never set out to start, own, or run a digital agency. Yet here I am, nearly four years later with happy clients all over the world, an amazing team and a growing cadre of global partners. It seems incredible to write it but I am so proud to be the diretor executivo of a story-driven design agency called Atomivox in Lisbon, Portugal.

How did a theologian and minister from California stumble into growing a digital agency focused on helping businesses grow through beautiful branding and web design, buyer personas and captivating messaging in Portugal? Turns out that I owe much of it to Divi.

Divi wasn’t my first foray into the world of websites, that journey actually started earlier as a hobby with a Mac app called RapidWeaver. My wife and I had moved from California (by way of Ireland) to Lisbon Portugal in 2010 with simple intentions; to serve Portugal and bless as many people as possible. In those early days, I was serving in a small local Christian church, dabbling in very simple web design while running a global localisation project for a U.S. client. Driven mainly by curiosity, designing websites became a minor pastime of mine and I was especially intrigued by RW’s approach to building pages using plugins and modules. When people started asking me if I could build small sites for them the excitement of formalising something began to emerge.

I was just starting to consider building something serious when from seemingly out of nowhere…Portugal’s economy hit a brick wall. In less than 18 months our newly adopted country went from relatively stable to being lumped in with the PIIGS (one of 5 bankrupt European countries) multiple bank failures, a collapsed government, riots and demonstrations and millions of Portuguese people, including many, many friends fleeing the country. Almost without warning we found ourselves fighting for survival alongside our friends and neighbors in the midst of Portugal’s very own Great Depression.

Divi: A Light at the End of the Tunnel?

In spite of living in financial armageddon the idea of web design never went away. As our personal resources began to dwindle from constant charity and a never-ending queue of desperate, hungry people I began to actively explore ways to enhance and broaden the reach of our charitable work — to do more by transforming a web hobby into some sort of business that could provide paychecks instead of handouts. The idea of building a design agency that could create jobs using talented local people seemed appealing. In late 2013 someone introduced me to the concept called Business As Missions (aka BAM), giving me a usable, practical framework for the business ideas I was toying with. To further cement my ideas I reached out to and was mentored by exceptionally talented individuals in business and higher education who had used business as a means to support and develop other emerging markets.

One day while doing research I came across a platform called WordPress, which led me down a rabbit trail of WordPress themes and opened up a world of amazing new possibilities in theme design, php development and the global WordPress ecosystem. Soon after, I discovered Elegant Themes and immediately signed up for an account to gain access to their theme library. Due to various social projects I wasn’t able to do much with my agency idea but all that suddenly changed in December of 2013 when the Divi theme dropped, demonstrating what a WordPress page builder could be. Despite being inexperienced in both web design and development, not to mention running a design agency, I knew that this theme was immensely powerful and a complete game changer. Suddenly I had a concept and a powerful design platform around which I could build an agency, serve global clients and provide the talented Portuguese designers and developers with jobs necessary for survival.

Atomivox: An Agency is Born 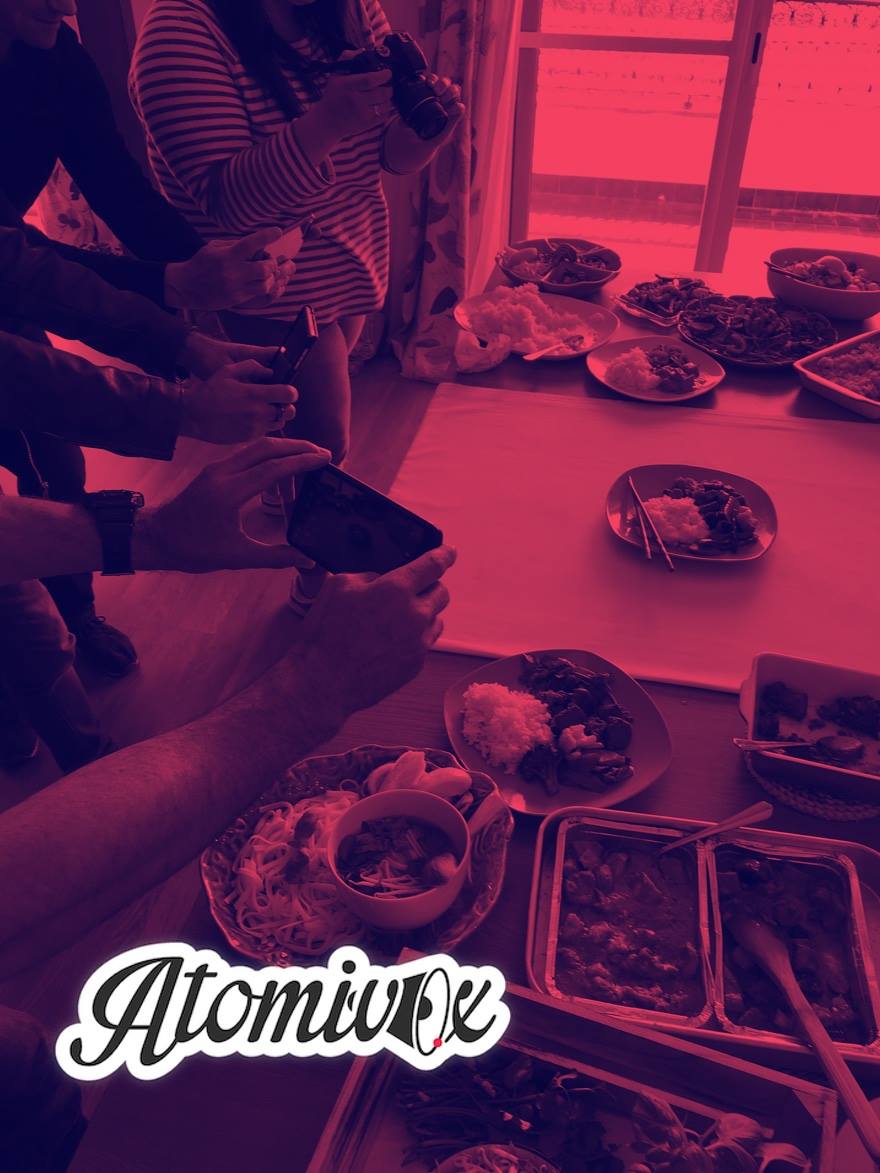 It’s been a five year journey and while it may sound like hyperbole, I am convinced that Divi has changed Portuguese lives and businesses for the better. Faced with a severe economic depression (from malinvestment and failed government policies) many Portuguese people began to turn to business creation to regain their footing. This may sound like par for the course in America but even until recently in Portugal and other parts of Europe, entrepreneurship has been an overlooked concept. Even though I was a newcomer to entrepreneurship, I knew that good business was a long-term solution to reversing the economic devastation plaguing Portugal.

Partnering with the talented Marcy Henriques, my VP of Design (who had previously run a successful design agency), we fused our personal convictions to Elegant Theme’s Divi and formed an agency to support and develop entrepreneurs. Our goal was to create amazing branding and websites for tech startups, SME’s and social organisations who themselves are on a mission to create innovative products and services. By supporting SME’s and startups we’ve positioned ourselves as forward-looking and outward focused, working to expand our footprint into larger markets like London and New York. As an early adopter of Divi, I’ve had the privilege of speaking to and learning from some of the veterans of the Divi community; people like Geno Queiroz, Tim Strifler and Ryan Crozier. Atomivox was born as a simple idea: bring hope to the Portuguese by bringing work to Portugal and while no entrepreneur story would be complete without the perennial mistakes disclaimer, we’re certain that as long as we keep delivering great story-driven web design, content narratives and custom digital graphics, the Atomivox story has only just begun.

How Divi Set Me Free

Posted on August 11, 2018 in Customer Spotlight

This post was submitted by Guillaume Devaux as part of our community themed Divi Summer Sale week. Each day of the weeklong sale we will be publishing new stories submitted by community members about how Divi has helped them build their careers and businesses. As far as I remember, being free has...