Dan Virgillito 23 Comments Reader Disclosure Disclosure: If you purchase something after clicking links in the post, we may receive a commission. Thank you for the support!

Organic reach is one of the treasures brands seek when they go in search of social media visibility across various platforms.

But free reach on social media platforms is gradually declining.

The social media space is becoming crowded giving rise to a stiff competition for attention. The Facebook News Feed these days is a tussle for attention as more content is being shared. Also, social media companies want businesses to pay up if they want to reach more people.

Is it the end of free use of social media to reach consumers? No, different social networks come with their own unique opportunities and challenges, as well as audiences, calling for a diversified mix of accounts to reach consumers.

But which platforms offer the greatest organic reach? 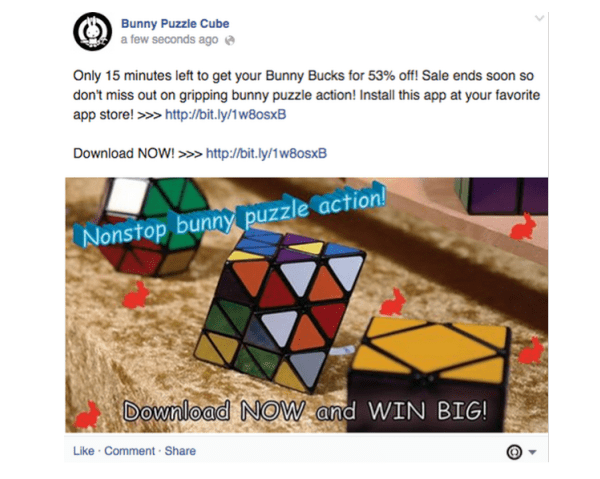 This meant that brands could no longer have the same level of organic reach. Thereafter, organic reach dropped drastically while the company smiled to the bank.

A study conducted by Locowise revealed that Facebook pages with over a million likes have 2.27% average organic reach.

The study found that the higher the page likes the less the organic reach and this is expected to near zero by year end.

For example, posts by Beyonce on her Facebook page with over 63.5 million likes can only reach just around 1.4 million fans if there’s no sponsored content. Beyonce would have to pay to be seen by more than 2.5 percent of her fans on Facebook. 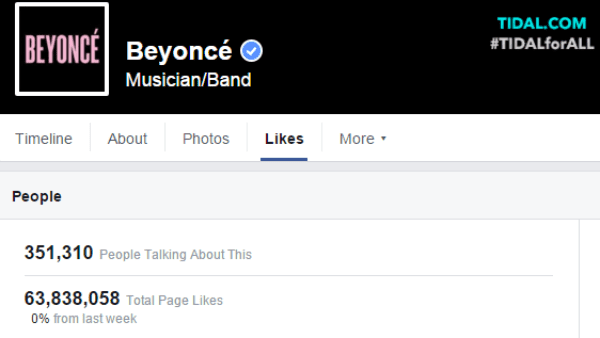 However, there are ways to perform better in terms of organic reach. By publishing content that fascinates the audience (trust me, average is no longer adequate), posting when your target audience is the most active, and posting videos, you can improve your organic reach. 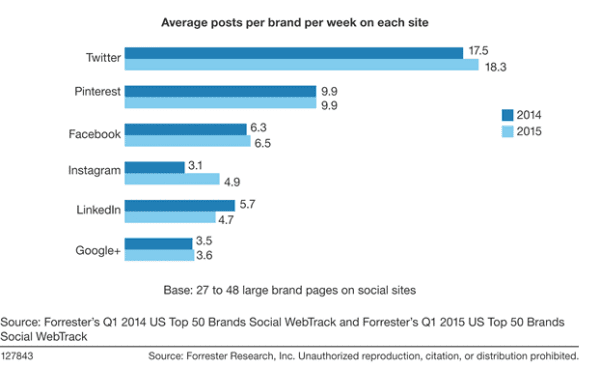 The study cited an average of 18.3 posts per week on Twitter.

However, these brands can only reach about 3.61% of their followers with a tweet. Twitter reports this as impressions – the number of times followers see a tweet.

For instance, a brand like Forbes with around 7.8 million followers can only reach just about 281,580 of its followers per tweet. 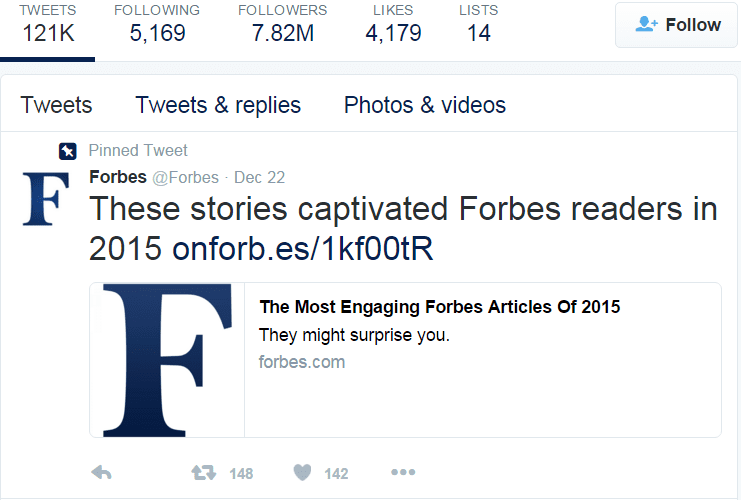 Also, average interactions on the micro-blogging site are at 0.03%. This means that for every one million Twitter followers there are 300 interactions, according to this Forrester study.

To increase your Twitter organic reach, leverage real-time events or trending conversations, co-create tweets with influencers, and include auto-expanded photos & videos. These have been proven to drive organic reach on Twitter according to a survey of 200 brands.

Google+ was first introduced back in 2011 to compete with other social media platforms. But since then, it has failed to gain traction. Google recently removed most of the functions from the platform, including Hangouts. Now only few features are left: Collections and Communities being the main ones.

While there are no stats available on the organic reach of the revamped Google+, the previous version of the platform suffered from declining reach. Organic reach on the platform may slide further as Google+ links and reviews are no longer included in search results.

Also, interaction or engagement with posts on the platform is 0.09% of a brand’s follower count.

To increase your organic reach on this platform, expand your Google+ circles, get active within your brand’s community as well as other communities, and have a regular posting schedule.

But going ahead, it would be unrealistic to label Google+ as a major social network considering that it is gradually being killed by Google.

There are about 400 million LinkedIn members across 200 countries and territories of the world. Among the cumulative, 100 million people actively use the platform on a monthly basis.

Although LinkedIn has similar functioning as other social networks on the list, your status updates and posts can record a 20% organic reach. This figure can rise to 60% if you post at least 20 times a month. 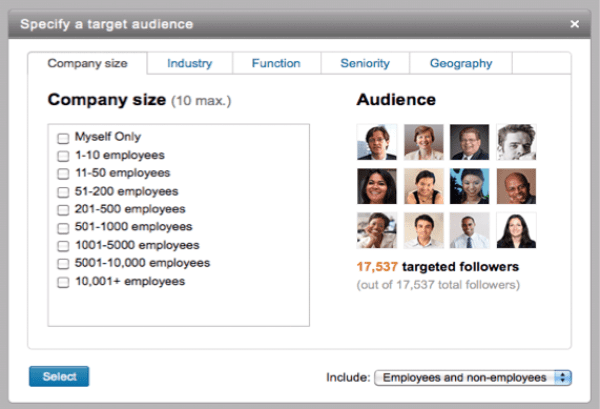 The result was a 30% increase in engagement and reach. It’s critical to note that companies with at least 100 LinkedIn followers can share targeted updates.

Compared to other platforms, LinkedIn emerged as the clear front-runner sending at least 64% of traffic to businesses from social media sites.

In another study, it sent 7000 visitors more than any other platform.

While there are still so many brands yet to take advantage of this social network, 93 out of the world’s top 100 brands have accounts on Pinterest.

Organic reach on Pinterest is higher than that of Facebook and Twitter because the number of people who see your pins is often greater than the number of your followers.

Omnichannel Marketing cited the case of Townhouse, a premier cracker brand. Townhouse enjoyed exponential reach on Pinterest without any monetary spend. Not only it became the top cracker brand on the platform, but received 1.5 million impressions per month.

The source reported that 63 percent of followers viewed at least one pin from the brand on a monthly basis. If this example is anything to go by, Pinterest is ripe for brands looking to organically reach their target audience.

To increase organic reach on Pinterest, add the Pin It button to your blog, leverage group boards, and cross promote your pins on your other platforms.

Instagram recorded over 300 million monthly active users in just a few years after its inception. 20% of the globe’s internet users are registered on Instagram, with 47% of users accessing the app on their phone and 53% on their tablet.

In the past three years, Christian Louboutin has been able rely on organic posts to grow its Instagram following and the platform has been a major driver of organic traffic since organic reach plummeted on Facebook.

According to TrackMaven, Instagram has the highest percentage of content going viral. Not only does it outperform all other social networks, it blows them away with 49% of photos and 60% of videos reaching 250+ interactions.

To increase your reach on the platform organically, experiment with different types of content (visuals, quotes, etc.), use relevant hashtags, and engage with your audience by responding to their comments or commenting on their profiles.

Social Media Examiner has useful tips on how to increase Instagram visibility.

The implication of the analysis is that Facebook and Twitter are clearly pay-to-play platforms. On the other hand, the bane of Google+ is the drop in active users and the restriction on its links and reviews appearing on search result pages. However, Pinterest, LinkedIn and Instagram are doing well in terms of organic reach.

In the end, the social media platforms with the most organic reach in descending order are Instagram, LinkedIn, Pinterest, Twitter and Facebook. That said, the choice of platforms to promote your brand depends on your marketing goals and the demography of active users you want to reach on the platform.