Emotional Intelligence for Designers: What It Is, Why You Need It & How to Acquire It

Blog / Resources / Emotional Intelligence for Designers: What It Is, Why You Need It & How to Acquire It

Did a web design project recently tug at your heart strings?

No wonder. You’re intrigued with the freelance web designer’s lifestyle. Being your own boss, you wake up, feel inspired, search some work, call on your inner muse, and sometimes bond with other freelance web designers who have also unlocked the secret of: new projects, big bucks, networking events in exotic locations, and expensive dine-outs.

It all sounds great, but the reality could be far different (just read this post on 1stWebDesigner). After agreeing to a web design project, it’s easy to end up in a period of uncertainty, where instead of just reporting to one person, you’re trying to please 25 different individuals across 4 different time zones who want to change the aspect ratio, enlarge the hero image, etc. Sigh!

It can swing both ways, but you’re more likely to be successful if you have a grip on your emotions, and you learn to focus on your client’s requirements because your own are already taken care of.

In other words, you need emotional intelligence (EI or EQ) to overcome the challenges of being a freelance web designer.

Building a reputable name, communicating your expertise, collaborating, networking, negotiating, speaking and other activities are included in the daily grind for long-term success. Without emotional intelligence, taking these actions can be challenging at best. Futile at worst.

What Is Emotional Intelligence?

Emotional intelligence is your ability to successfully manage relationships and understand emotional information. It does not convey a feeling of a robot, but implies emphatic and fair control over interpersonal relationships.

Emotional intelligence has the following 5 characteristics according to the NYT best-selling author Dr. Daniel Goleman:

Sabina Idler did a blog post in which she covered the importance of using good design to emotionally connect with users. She highlighted the works of visual design experts like Don Norman and made the following revelations about emotions being associated with web design:

Keep in mind that you design a website for humans; for the overall experience and to enable a brand to connect with people. That’s why it is also important to consider who your client’s target users are and how they’re going to react to the design. According to a research on emotional intelligence, the emotional connection with customers is going to define the future of business. Emotions will be the breadcrumbs that help you determine what is truly important to the end user.

The application of emotional intelligence is easier for freelance web designers than in-house web designers. The latter will get eaten by a pool of corporate sharks if they tell the creative lead that their design strategy will be based on the emotional needs of the end user. The former allows you to get out of the cubicle and learn through drafting and testing about what users and customers are feeling.

Why You Need Emotional Intelligence

Freelance web designers have strong skills in designing mockups around use cases and scenarios, going beyond just features to full workflows to create an optimized experience. While the result reduces friction in real experiences, emotional intelligence is needed to take the work to the next level. Delightful experiences require the addition of desired emotions to the design process. 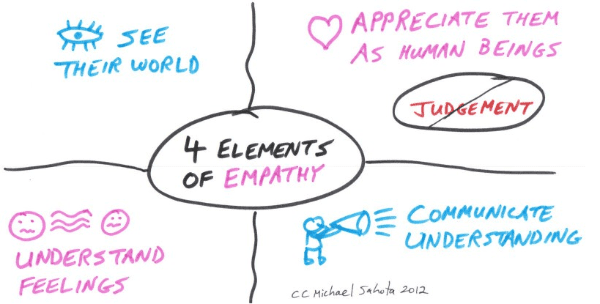 When you have emotional intelligence, you’ll listen carefully to the client’s needs and create a design that enriches the end user’s experience. You’ll also embrace changes and show empathy if the client’s website visitors respond negatively to some aspect of the design.

Clients will then use their social skills (relationship management) and personal competence (self-awareness) – their own emotional intelligence – to make informed decisions, which will increase customer loyalty. An MIT study pointed out that when customers receive the exact experience they desire, you win engagement and loyalty.

Daniel Kahneman, a Nobel Prize winning psychologist, stated that individuals would rather give their business to those they trust and like rather than individuals they don’t, even if it’s costing them more. EI is necessary to make clients feel good about you. If you can see the design requirements from someone’s perspective, that of a client or a collaborator, you can provide satisfactory work.

Let’s see an example. Groove’s founder Alex Turnbull shared how the firm left some customers enraged when it discontinued its live chat offering, which was one of the company’s two core products. However, the company was saved by the transparency and honesty of its decisions, and said they’d come up with something better (rather than promising an enhancement to an existing offering, like most companies do). 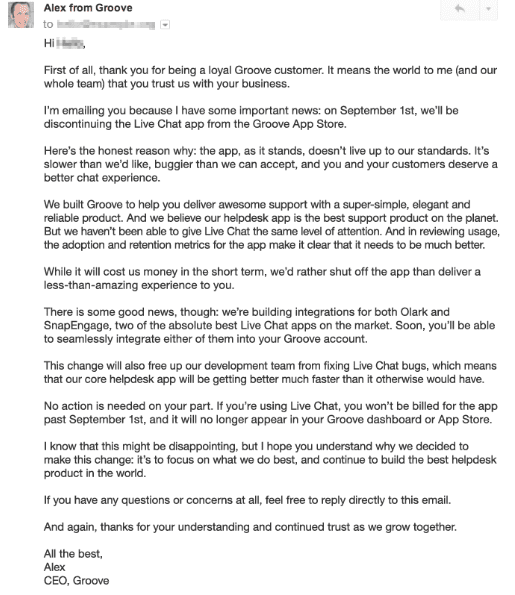 When you can discern your client’s emotions and empathize with their needs, it’s easier to avoid conflicts or resolve them early, like Groove did. The company was also able to communicate its vision in a more constructive manner. Whatever you do has to meet the emotional needs of the customers not only now, but over a period of time.

EI is also needed to deliver a design experience that feels human or organic. As people display emotions to different elements of a website, from the color and copy to the hero image and user input responsiveness, you need emotional intelligence to inject personality into web design. Even a small, emotionally intelligent interaction, could make a big difference.

Intercom.io’s web design has several different emotionally intelligent interactions. Hover over one of their cartoons and they make a move demonstrating the feature they’re promoting. Then there’s a chat bubble that expands a little if users hover over it. It expands more and occupies the right quarter of the screen if users click on it. Intercom intelligently doesn’t bother users with GIFs or live chat, but empathize with users if they want help. The movements of icons and characters create personal and welcoming moments during the first interaction visitors have with the website’s design.

How to Acquire Emotional Intelligence

1. Work on Your Listening Skills

Listening skills don’t receive a lot of attention, but to manage emotions of others, you need to recognize that your customers have a strong will to be heard. With good listening skills, you are able to pick up the emotions behind briefs, and receive crucial information (that you would normally miss out) about projects.

To develop listening skills, acknowledge that you are listening when talking to a customer. Mentally restate their requirements, and repeat what you heard at the end of the conversation. Avoid saying anything that begins with “you”, such as “you need to….”and “you are…” It will make the customer feel you’re directing them, and they’ll be less willing to reveal their emotions during a conversation.

Whether a beginner or a veteran freelance web designer, criticism is never welcoming. After you invest hours into a project, it can be extremely stressful when a customer tears down your design. When that happens, you have two options: let your emotions get the best of you or analyze the situation and learn from it.

So when you’re on the receiving end, whether the delivery is ideal or not, use the feedback to help improve your design. Don’t close your mind to negative feedback, but put your personal feelings aside and draw from the experience by examining what the client is dealing with that you don’t see.

According to Harvard Business Review, interpersonal skills is the most coachable element of EI. Adults can be trained in social etiquette, stress management, and even empathy. According to a cited study that highlights the social brain’s plasticity, it is suggested that people, through adequate training, can become more compassionate, altruistic, and pro-social.

EI coaching not only enhances productivity – it leads to higher levels of physical and mental health as well as happiness. The most popular coaching programs fall under the category of cognitive-behavioral therapy. Programs that increase psychological flexibility – ability to deal with unpleasant circumstances – are also effective.

In the light of demands that come with freelance design work, you’ve got to keep an eye out for emotional demands. Consider yourself in an uncharted territory, where you’ll need emotional intelligence to combine human emotion, cognitive behavior and design technology. And be open to the possibility that you’re wrong and you’re going to adapt to the changes demanded by customers.