Nathan B. Weller in Resources 6 Comments

WordPress began as an open source grassroots experiment in online publishing and has turned into the dominant platform for websites (and, increasingly, web apps) in the world. That kind of growth indicates something really special: not only a useful technology, but one that is easily accessible, and one that most people feel empowered by. These qualities are undoubtedly the result of WordPress’s guiding values/philosophy.

In this post I hope to share those values and an overview of the resulting WordPress Community as it has evolved into today. The goal here is to provide both new and existing WordPress users with an idea of where they might be most interested in getting more involved in the future.

To do this I’ve separated the broader WordPress Community into what I call “community silos” or large subsets that tend to wield varying levels of influence and that tend to highlight different aspects of the core values we’ll get into below.

All communities are powered by shared values. They are the glue that bind members together into a single group, even if they haven’t met each other individually. Members of a community might intentionally create or embody “identity markers” such as a certain hair style, use of certain terms, etc. to let others know which community they belong to.

For WordPress, these binding values are probably best expressed in the WordPress Bill of Rights:

WordPress is licensed under the General Public License (GPLv2 or later) which provides four core freedoms, consider this as the WordPress “bill of rights”:

Part of those licensing requirements include licensing derivative works or things that link core WordPress functions (like themes, plugins, etc.) under the GPL as well, thereby passing on the freedom of use for these works as well.

Obviously there are those who will try to get around these ideals and restrict the freedom of their users by trying to find loopholes or somehow circumvent the intention of the WordPress licensing, which is to ensure freedom of use. We believe that the community as a whole will reward those who focus on supporting these licensing freedoms instead of trying to avoid them.

The most responsible use of WordPress community resources would therefore be put to best use by emphasizing high quality contributions that embrace the freedoms provided by the GPL.

While certain subgroups within the broader WordPress Community, such as the central and commercial silos I will talk about below, sometimes come to blows over the interpretation of these rights and what they mean, the values they represent are nevertheless at the center of the conversation and setting the overall tone.

When deciding how you might want to get involved with any aspect of WordPress Community, it might be helpful to make sure you actually share these values first. Not to mention the other aspects of the WordPress Foundation’s guiding philosophy. That way you don’t have any illusions concerning the group you’re participating in and you can choose to focus on an aspect of the larger community that resonates strongly with your personal values. 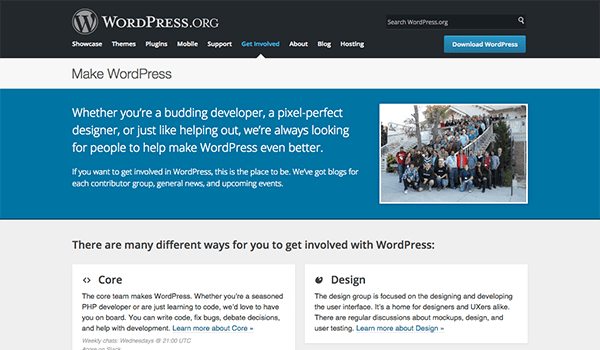 This is the place to be if your primary concern is the support, upkeep, development, and overall direction of the WordPress software itself. This focus is really important and it empowers all WordPress users to get the absolute most out both WordPress and related items such as themes and plugins.

To thoroughly explore this world and find out how you can immediately get involved (regardless of your technical or skill level) head over to the official Make WordPress page. 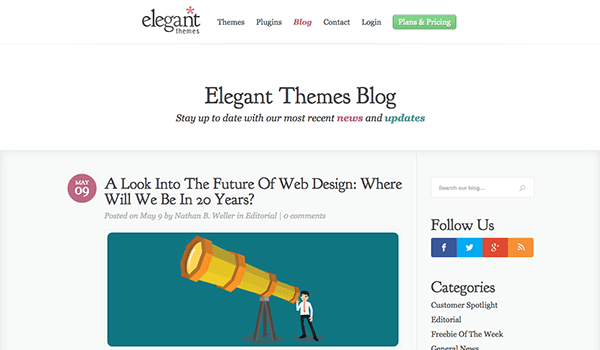 This subset of the WordPress Community is a great counter-part to the centralized WordPress community outlined above. They provide the economic engine that keeps designers, developers, and others highly invested in improving the platform. It also creates the vast amount of resources needed to make WordPress, WordPress related products, and WordPress resources truly great.

That said, this is also the group most likely to violate the core values outlined above. One of the hottest issues related this in recent years was whether or not WordPress themes and plugins should be released under a 100% GPL or split GPL. In the end, the vast majority of players in the commercial WordPress community began releasing their derivative products as 100% GPL. A prime example of how these subgroups have evolved to provide each other with certain checks and balances.

The commercial WordPress community is where you want to be if you’re using, designing, developing, or selling premium WordPress products. Which is the vast majority of WordPress users. To get the most out of this space though, its beneficial to keep up with the various thought leaders in the space as well as which individuals or companies are making products that align with your personal passions and interests.

A good place to start would be roundups like the ones below:

To get involved simply begin participating in the comment sections of posts, in the support forums for your favorite products, and in other related discussions or projects these various companies/blogs happen to be running. 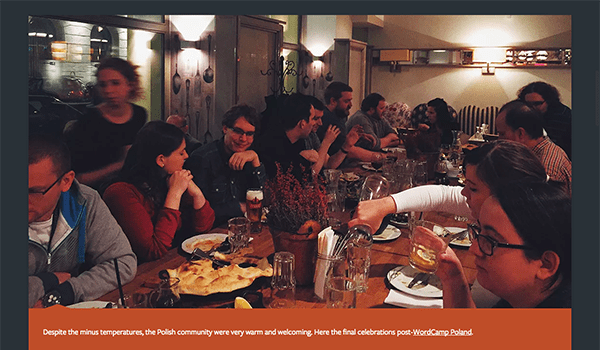 Specifically I’m talking about third party WordPress events; similar to WordCamps, but not sanctioned or overseen by the WordPress Foundation.

A few examples are:

As you can see, some of these are outgrowths of the commercial WordPress space where companies are taking on more thought and development leadership. Others though, which I am more personally interested in the potential of, are about hacking and building with WordPress for the fun of it. Like the Dawn Patrol. Or events analyzing trends that affect wide swaths of WordPress users without being directly related to any one company. Like Pressnomics.

I’m not exactly sure what the future holds for these types of events and communities but they seem to be growing in popularity. It will be interesting to track their evolution over time. To get involved or create one, just jump in. There aren’t as many rules here.

The WordPress Community in its broadest sense is anyone who uses WordPress. Slightly more defined are those who use WordPress in a way that lines up with the core values that gave rise to the software in the first place. Beyond that, things get interesting as various groups put emphasis on different complimentary values (such as commerce).

Most likely, the average WordPress user will interact with each one of these community silos to various degrees. The purpose of this post was simply to sketch them out in greater detail for anyone interested in “going deeper” with WordPress than just using it on their website. As you can see, there are a lot of entry points. Within each silo there are literally tons of individual projects, initiatives, social groups, etc. that all want and need new members to get involved.

What is your favorite part of the WordPress Community to participate in? Have you become aware of new subsets of the broader WordPress Community (either through this post or somewhere else) that you would like to learn more about or take part in? Take a minute and tell us your story in the comments section below.