WordPress 4.0 Is Just Around The Corner, And Here’s What It Has In Store

Blog / General News / WordPress 4.0 Is Just Around The Corner, And Here’s What It Has In Store

The second major release of WordPress is due within the next few weeks. Two beta releases have been released thus far, which have allowed me to get a preview of what we can expect when the stable version of released.

If you are expecting ground breaking new features in WordPress 4.0, you are going to be disappointed. While WordPress 3.0 was a revolutionary step for WordPress as a platform, 4.0 is more of an evolutionary move forward that improves existing features.

Let us take a closer look at what you can expect to see next month when you upgrade to WordPress 4.0.

Language Select During the Installation

WordPress has always offered non-English versions through WP Central. International users have to download WordPress in their own language through their regional WordPress website.

In WordPress 4.0, you will be able to select your language on the first page of the installation process. This seems like a more practical solution to offering different versions of WordPress and I am sure non-English users will welcome it. 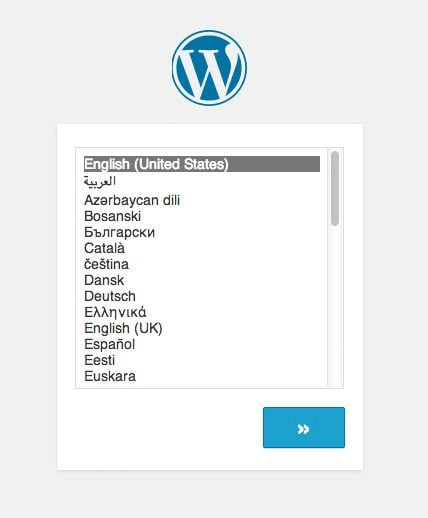 The first page during the WordPress installation process is the language select screen.

For many years, the post editor has used a scroll bar at the right hand side of the editor. This allows you to move up and view the beginning or end of your article easily. This has been removed in 4.0. You can still scroll up and down the page, but the scrollbar has been removed and the post editor toolbar is now sticky. Therefore, the toolbar will be visible at all times.

This may seem like a trivial modification, however it makes writing long articles much easier. Previously, if you had a long article and scrolled to the bottom, the toolbar would no longer be visible. You then had to scroll back up in order to insert formatting or add a link. This will not be a problem anymore as the toolbar is visible at all times. 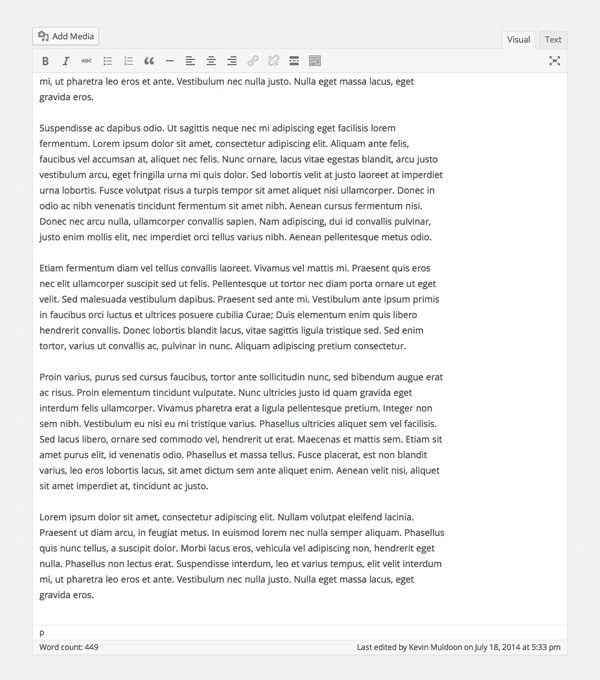 The new sticky toolbar means you no longer have to scroll up the page to find formatting buttons.

WordPress has supported video embedding since version 2.9. In the past, the visual editor would just show a block where the video would be placed and you would have to preview the article in order to view the video. From 4.0, a preview will now be shown of any video you embed if you are using the visual editor. 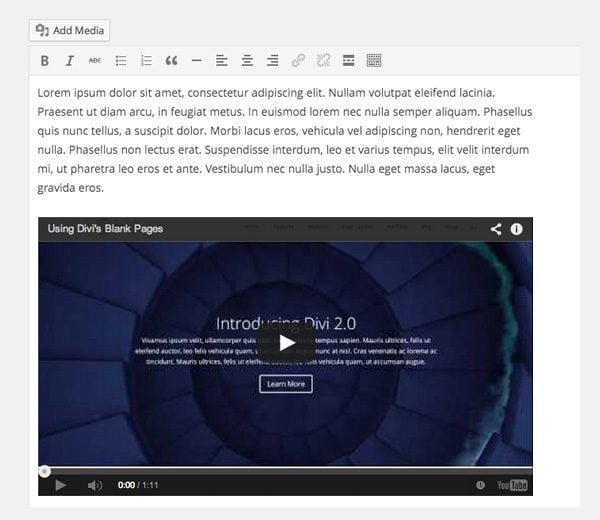 The theme customizer was first introduced in WordPress 3.4. Over the last two years, theme developers have slowly adopted the feature and added support for it to their WordPress designs.
The last version of WordPress added widget support. Widgets were loaded into the main customizer with all other elements. This was not ideal as it forced elements such as header, footer, and navigation, down the page.

They have addressed this issue in WordPress 4.0. Widgets are now all grouped together under a widgets area. When you select widgets, the theme customizer panel will slide to the right hand side and reveal all widget areas. It is a small modification but it does make customizing your widgets through the theme customizer better.

The WordPress theme customizer had been missing widget support since it was first introduced.

In addition to the existing list view, WordPress 4.0 will introduce a new grid view option for viewing your uploaded media items. The grid view option uses infinite scroll rather than pagination. Therefore, you can view more images by simply scrolling down the page. 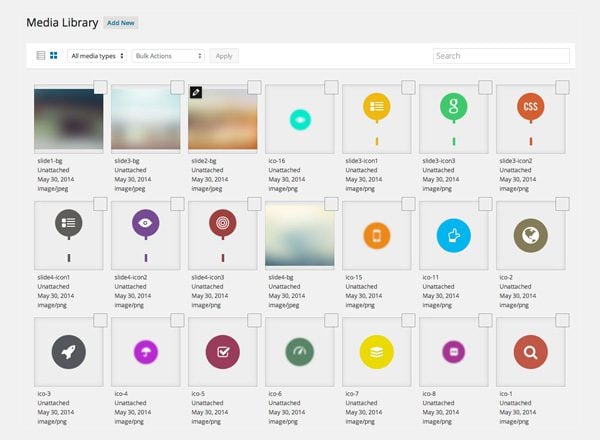 Browsing images in media grid view is a nice alternative to the traditional list view.

Editing multiple images is easier under the new grid view option due to the ability to move to the next image using the arrows at the top right hand area of the image edit screen.

The image edit page in grid view is different too. This layout makes it simple to add and change multiple image titles, descriptions, alt tags, and captions.

The plugin installation area has had a cosmetic overhaul too. When you install a plugin through the admin area from WordPress 4.0, plugins will be listed in a grid view. This presents plugins in a more professional manner than previously.

Two beta versions of WordPress 4.0 have been released so far. Over the next few weeks, WordPress will be addressing bugs so that the stable release functions correctly.

4.0 does not introduce any new major changes, however there is no doubt that they have taken WordPress forward with these changes. In addition to the changes noted above, WordPress 4.0 has also made changes to some formatting functions and to the visual editor. More features may be added in the final stable release of 4.0.

What feature of WordPress 4.0 are you looking forward to the most? Please let us know in the comment area below.

The Divi Cyber Monday Sale is happening right now! We have tons of amazing deals across our entire ecosystem: 25% off Divi and Divi account upgrades, 44% off Divi Cloud and Divi Teams, and some killer deals on our best Divi Marketplace items–many of which are conveniently bundled together and...