How to Handle Rejection with Dignity and Move Forward 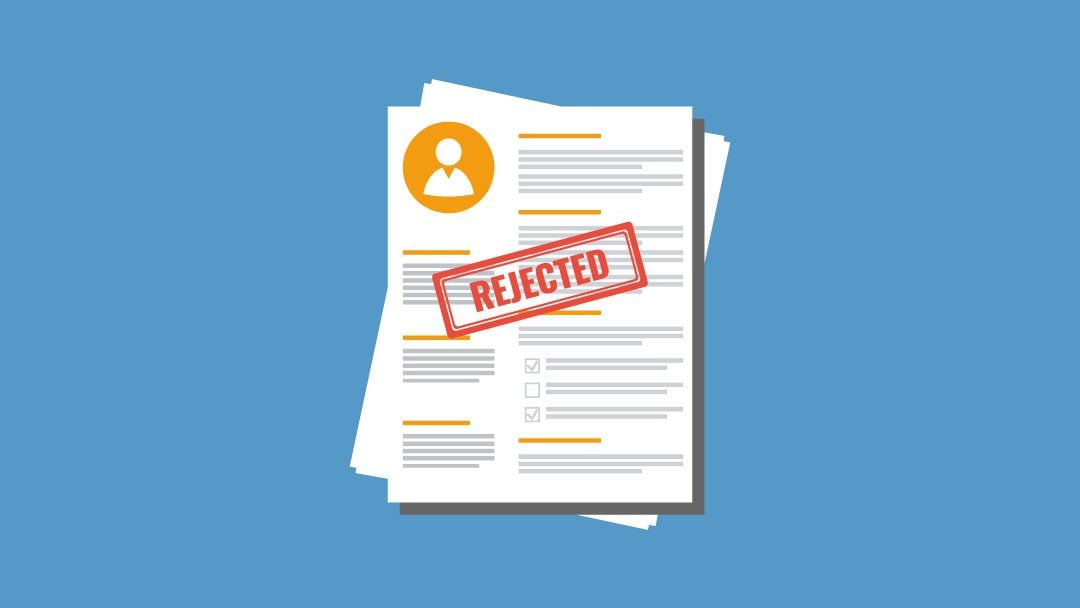 Blog / Business / How to Handle Rejection with Dignity and Move Forward

The moment you become a part of the professional, working landscape, you have to acknowledge and prepare yourself for rejection. That’s not easy – rejection stinks, and it can feel similar to romantic heartbreak. Every successful professional has had to learn how to handle rejection, though.

The real world isn’t a place for the weak. You can’t curl up in a ball every time you get rejected – or you can, but you can’t stay curled up. Rejection never feels good, but you can make it work for you, learn how to quickly overcome it and leave it in the past.

Rejection can invoke the fight-or-flight response, but you don’t want to do either right now. Dashing off an angry email to a client isn’t going to help matters, and you’ll probably regret what you wrote once you’ve cooled down (and there’ll definitely be a typo in there). Running away from your problems isn’t a good solution for how to handle rejection, either. Instead, do as little as possible. Deep breathe, make a cup of tea, go for a short walk. Focus on getting your anxiety down before you make any decisions.

Ignoring your sad, mad or bad feelings won’t help you get past them. Instead, it delays the inevitable, and you may show your pain in other ways, like snapping at your significant other, making a rash decision about your professional life or living on Cheetos and vodka for a week even though “everything’s fine.”

You were rejected. It feels terrible, so feel terrible. Acknowledge your emotions and give yourself a night or weekend to heal. Let yourself be disappointed, embarrassed, angry, teary-eyed, whatever. This is your first step toward dealing with the reality of the situation.

Get help with how to handle rejection

You’ll probably end up talking to someone about the rejection at some point. Try to choose a person you trust who can understand what you’re going through. Your friend who’s never had a job because they live off family money isn’t the person to talk to about how you didn’t get a promotion.

Also, for now, consider keeping it to yourself. Get a handle on how you feel about the rejection before bringing other people into the mix. Otherwise, you may get defensive or worked up over another person’s opinion before you’ve had the chance to form your own.

Also, when you’re ready to turn to someone for support, don’t make it the person who rejected you. It can feel like they’re the only person who can make it better, but begging for approval comes off as desperate and unprofessional, and you won’t get the answers you want.

Realize what rejection is not

Rejection is not a commentary on your self-worth or value as a person. It’s not a definition of who you are or what you’re lacking. It’s one person or company saying, “You’re not for me.”

Yes, you can definitely learn how to handle rejection and use it as a self-improvement catalyst. But rejection is not the result of someone doing an in-depth study of you and determining that every single thing about you is worthless – don’t let it gather more meaning than it deserves.

Think about what the rejection got right

This is one of the hardest steps to take when you’ve been rejected by a professional contact. Even if you think they’re wrong and out of line, ask yourself, “What are they most right about?” Most right. Not completely right. What’s the part of the rejection that makes sense to you, even if it’s a microscopic bit of sense.

Whatever it is, face it. You’ve probably thought the same thing about yourself but ignored it. Now is the perfect time to accept it and work on it.

Get back on the horse

When you put a lot of space between the rejection and the next time you try, the threat grows into a big, scary giant. The fear of being rejected again balloons to a size that’s more than its worth. But if you jump into the next potential rejection, you’ll see that you can survive rejection #1 and brace yourself for rejection #2 (which could turn out to be a success).

It’s kind of like working a muscle – the more you use it, the stronger it gets. If you put weeks and weeks between each training session, though, you’ll have to start from zero every single time.

Whatever it is that failed, refine it and try it again. What parts of the interview were awkward? How could you have been better prepared for that presentation? Did something go wrong when pitching an idea to your boss?

Your approach may actually be fine – it could be that you’re not somebody’s cup of tea, but that you’re the perfect cup of tea for somebody else. In the meantime, though, there’s nothing wrong with getting better at selling yourself.

Extract a good idea from a bad idea

That’s okay. There’s probably still something you can salvage from the experience. You can do this with any failure, really. Even if you lose the client, you can ask them or someone else in the industry what you got right.

For example, let’s say you have an idea for an article. You send a pitch to an editor, but they say it’s not right for them. Think about why. Is it too general? Dig into the topic to pick out a more specific subject. Is it too specific? Think about how you can better appeal to their audience.

If you designed a website for someone, maybe they hate the color scheme but love the fonts you chose. Maybe they hate just about everything, but they really like how the buttons or menus look. There’s probably something, even something tiny, that sticks out as a positive – build on that.

If you’ve been turned down for a promotion because you’re under-qualified, consider this a sign that you need to advance your education or training. Look for professional development courses – your employer may even pay your way for some of them.

If you’re not sure what you should be learning, start by reading about how other people were rejected and bounced back from it. There’s no shortage of famous people and brilliant minds who were denied, denied, denied for a lot of their lives.

Remind yourself of your strengths

You may have been rejected because you’re not playing to your strengths. Make a list of the things you enjoy doing and the things you do well, and figure out where interests and skills overlap. You can also make a list of your accomplishments, no matter how small. When did you succeed and receive good feedback?

There’s a lot in your professional life to be grateful for. Focus on those things – you made them happen, and it wasn’t accidental. Take something you’ve done well in the past and level up – take a risk that’s built on the back of past success.

For example, maybe you wrote a series of articles on a certain topic, and people loved reading them. Pitch an article on a related topic to a better publication. The risk is going after a well-known outlet, but you already know you’re good at writing on the subject. The odds of being accepted are in your favor. Even if you do get rejected, you already know this is something you’re good at, so the disappointment will be manageable.

Furthermore, don’t invest all of your hopes in one venture. If it doesn’t work out, you’ll feel lost and scared, unsure of how to move forward or if you even can. It’s fine to be excited for a potential victory, but know that you have other options, too.

Ask yourself what you’re afraid of

Still having trouble moving forward? Ask yourself what you’re so afraid of. Think about the worst-case scenario. Is that something you can’t deal with? I’m guessing the perceived threat loses some of its power once you put it into perspective.

Final Thoughts on How to Handle Rejection

If you’ve been rejected, it means you tried something unexpected. That’s a good thing. Every time you go for something that’s outside the norm or your comfort zone, you’re taking a risk, and the risk is that you could be rejected.

Whether you’re afraid of it or not, rejection is going to happen. Your energy can go toward being terrified of it and trying to avoid it, or it can go toward facing it, embracing it and improving yourself. Rejection won’t stop coming if you continue to move upwards, but you’ll get better at bouncing back.

One day, you’ll roll your eyes at today’s rejection. When someone brings it up, you’ll go, “Wow, I completely forgot about that.” And my hope is that you’ll have gone through so many more rejections since then because that means that you’re always trying to be better, do better and live better.

You’ve tackled how to handle rejection, and you know it’s okay if you’re not the right fit for every person or every job. Check out my article about Why Being Different Can Make You Millions (or at Least Thousands).