The Evolution of UI vs. UX In WordPress Web Design

UI and UX are two popular buzzwords that have been around for many years. They’re also two of the most important buzzwords to WordPress web designers and developers. Sometimes they are used interchangeably in general conversation, but these two terms refer to two completely different, yet totally compatible, concepts. You might even say they are two sides of the same coin. In this article, we will take a look at what they are, where they came from, and where they are going. We will also see how they are different and how they interrelate.

UI stands for User Interface. It encompasses the tools that humans use to interact with machines. It is how the user controls and operates the computer. There are lots of user interfaces including physical switches and buttons, as well as onscreen buttons, fields, and selection switches. Touch controls such as touchscreens, and audio controls such as voice command. Even phones that have cameras to track eye movement is a kind of user interface.

For modern day computing, it’s basically how the user interacts with a website, app, or OS. The most common UI is a graphical user interface (GUI). There is also the web-based user interface (WUI). Here are some of the requirements of a great UI: 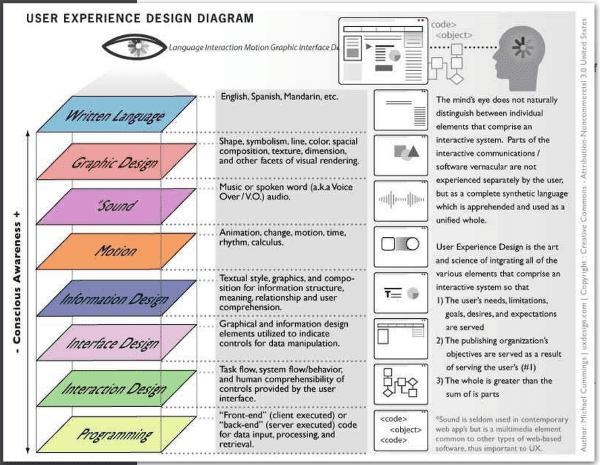 UX stands for User Experience. Its primary concern is how the product feels to the user. It involves any aspect of a user’s interaction with the computer system. This includes the physical interaction, what they think about the graphics, the user interface, their behavior, their attitudes, and the emotions they have while using the system.

Designers work more with people and the experience they have while interacting with a computer or device. They look at human-computer interaction (HCI) and consider all the aspects involved with the human experience.

According to ISO 9241-210, the international standard on ergonomics of human system interaction, the user experience is defined as “a person’s perceptions and responses that result from the use or anticipated use of a product, system or service.” This includes all the user’s emotions, responses (both physical and psychological), beliefs, preferences, perceptions, behaviors and accomplishments that occur before, during and after use.

It’s actually very similar to Industrial Engineering as it compares ergonomics, motion analysis, the user’s perception and response. They even had a similar beginning. Here are some examples of what’s included in UX:

A Brief History of UI 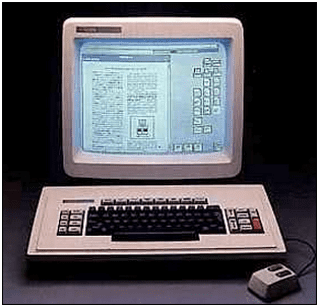 Back in the day, graphics were made to accommodate screens that displayed only green or ember. Sound was just beeps from a built-in speaker. UIs were text-only interfaces for most systems. Other systems used switches.

The mid-1980’s popularized the GUI’s that others had developed for years. Graphics improved but 320 pixels was considered high resolution. UI’s started to become graphical with boxes that could be clicked on.

Everything upgraded in the Pentium years and UI design was based on the general population having 14k modems. This meant going lean on colors and the number of clickable regions on the page. This meant fewer images at lower resolutions. It didn’t take long for the design trends to accommodate 28k modems, and then finally 56k modems.

Today the limits that can be shown on screen are relatively few. Website design is limited by the imagination and programming abilities of the designers and developers

A Brief History of UX 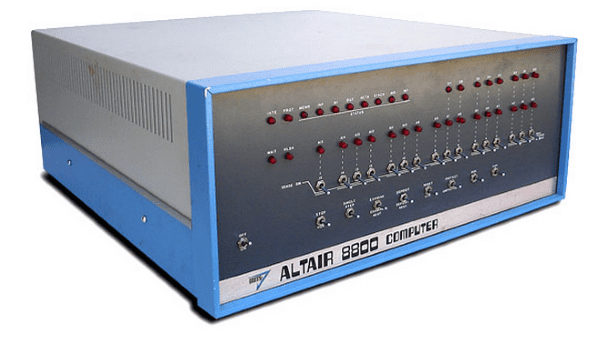 The term User Experience came from Donald Norman in 1990, although the concepts and ideas have been around for longer than that to include effective factors and behavioral concerns within the design of systems. The term has grown to include more than this over the years. Here’s a look back in time.

Henry Ford looked at making work more efficient, productive, and routine. Toyota expanded on this when they developed the Toyota Production System. Toyota included the workers in the improvement process. Manufacturing systems were developed that took the user’s experience into account. Toyota looked at waste in the process such as reach, motion, steps, walk, etc., and analyzed ways to make every aspect of work more efficient.

Switches were placed within a hand motion instead of an arm motion. Lights were moved so users could see them without having to move their heads. The users were more productive, and at the same time, their experience with the systems improved. This concept put the people first.

This continued on into the age of computers where the need for high productivity hasn’t changed. The computer age brought in keyboards, mice, light pens, graphical user interfaces, and touch screens. Buttons went from physical switches to digital representations on the screen.

A Short History of the WordPress UI and UX

Most of the changes we’ve seen in the WordPress UI take place on the backend and primarily affect the admin (hey, admin’s are users too!). Lots of these, such as the commenting structure, affect the end users as well.

As you can see, many of the WordPress improvements over the years make great improvements to the UI for both admins and end users. These improvements had the goal of building a great UX while building an efficient and effective UI.

What the Future Holds 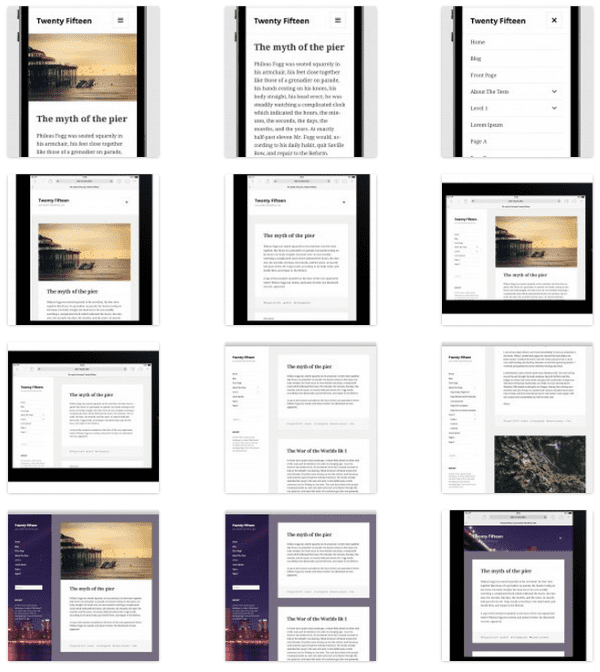 Some things will continue on the path they are currently heading. Some will become more prominent, and some will be improved. Here is a list of some of the most important things to pay attention to in the near (and not so near) future.

Scrolling will be more dominant in WordPress designs as more users are using mobile devices. Scrolling is much more user friendly than clicking. Scrolling is also more intuitive and improves the site’s load-time, which is a key element in SEO… so, score!

UI’s will be flat. Gone are the days of shadows and 3D buttons. Flat design is intuitive and simple, and it works best for mobile devices. It looks great and performs well. 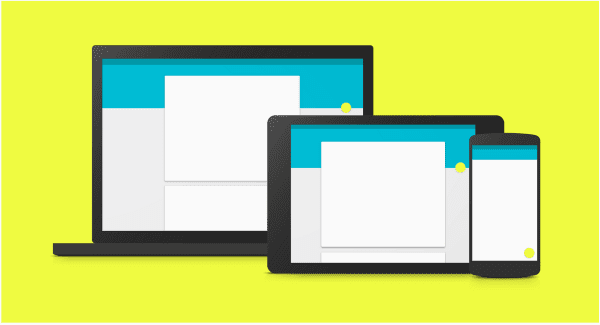 “Develop a single underlying system that allows for a unified experience across platforms and device sizes. Mobile precepts are fundamental, but touch, voice, mouse, and keyboard are all ﬁrst-class input methods.”

Navigation will be designed to help users to be fast and efficient. Touch targets will be 48 x 48 pixels. It will support mouse-free and standard gesture navigation. It will help you manage the focus of the end user. It will ensure usability with larger fonts with enough contrast for reading. It will use color to convey information, use visuals as an alternative to sound, and provide clues about special relationships.

These are the features that web developers will be moving toward. It is with good reason that Google’s Material Design concepts will spill over to WordPress design.

Gone are the days of flashy things cluttering the screen. Forward-thinking websites will take a minimalistic approach to layout and design.

Mobile will be king of the hill. We’ve already seen the latest rendition of Windows being built around mobile first. Google’s OS came from mobile systems. With small screens to convey the message, this means focusing on large visuals instead of small text.

Background video can convey a message much faster and in greater detail than text. For this reason, the trend toward high quality background visuals, whether they be video, graphics, or photos, will continue. Large images and video is easier to see and consume on smaller screens, like those on mobile devices.

The Eyes Have It

Eye control. This is not new – the Samsung Galaxy S4 did this. But it will become a more popular user interface as mobile overtakes desktops and laptops as the primary use machine for social media and the web in general. These concepts will even spill over to desktops and laptops through the use of cameras and motion-detection systems.

Pinterest made cards popular and it’s been a consistent web design trend ever since. Its uncluttered look and functional layout will become a standard in WordPress design.

Typography will become more customized to match the brand-image. Fonts will be chosen based on style, image, mood, and so forth.

Content is already tailored to customer’s behavior and tastes on many retail sites. Now it’s time for the UX to be tailored to each customer’s tastes as well. Analytics shows how customers use websites. This information can help websites to provide content to the user the way they use it the most.

This will give users more abilities to make changes to suit their needs. Even better is the site doing it for you. For example, if I go to Amazon.com every day to check the daily Kindle deals, a link to the deals should be prominent on the home page when I sign in. If I never use it, then the website should make something else more prominent.

The Basic Rules Remain the Same

Mark required items with an asterisks *. If a certain format is required then give them the format in advance. Give an indication that the system is working when they are waiting on the system. Indicate when they input information correctly (the red box changes to green, a regular face becomes a smiley, etc.).

Remove the chances for error. Instead of requiring them to input dates, numbers, and so forth, give them a way to select it from a calendar or drop-down box. Show progress with a status bar or similar indication.

Well that’s a quick look at the evolution if the user interface and user experience, how they relate to each other, and where they are heading in web design and development. For a site to be successful you must get a handle on your UX. Develop with the idea of the user first. This will become more prominent as websites continue to compete for user’s attention.

Your turn! What changes do you see coming to improve the UI and UX experience? Did I leave something out that should have been included in this list? I’d like to hear about it in the comments!